Aug. 6 (NBD) -- The highly-transmissible Delta variant of COVID-19 has now been reported in 135 countries and regions, the World Health Organization said Wednesday. The variant is pushing coronavirus infections, hospitalizations and deaths up to levels not seen since early this year.

Scientists warn that the Delta variant is much more contagious and aggressive than other known versions of the virus. As the number of coronavirus cases grows sharply, an increase of breakthrough infections among vaccinated people is challenging the efficacy of vaccines. Under such circumstances, Israel has begun offering and some other countries including France are seeking to giving booster shots to individuals with full vaccination.

Heated debates over the contagious variant and efficacy of vaccines are triggered within entire communities.

In exclusive interviews with National Business Daily (NBD), top medical experts shared their insights on the high level of transmission of Delta variant, and its challenges to the current isolating period and the existing vaccine strategy, as well as protective measures. They are Dr. William Schaffner, medical director of the National Foundation for Infectious Diseases and specialist serving on the CDC's Advisory Committee on Immunization Practices, Dr Kazuaki Jindai, medical researcher at Kyoto university and member of the cluster-suppression taskforce, Dr Ravindra Gupta, professor of clinical microbiology at the University of Cambridge, and Danny Altmann, professor of Immunology at Imperial College London. 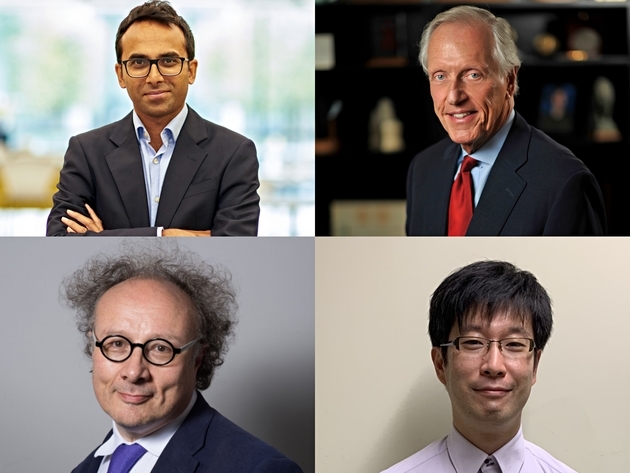 Longer duration of the Delta variant

NBD: The latest report from CDC has showcased that Delta infection is associated with longer duration of shedding, which is 18 days (13 days for ancestral strains). What does this imply for the transmission of the Delta variant? Should the two-week quarantine be adjusted?

William Schaffner: Delta does produce more virus shedding than the original COVID virus. This contributes to its increased contagiousness. Persons can remain positive with the Delta variant by PCR testing periods up to 18 days, but studies have not yet been done to determine whether those prolonged PCR results represent living virus that can infect others. Therefore, at the moment, no change in the quarantine period is contemplated.

NBD: What makes the Delta variant such a threat? What is the major concern of the new variant now?

Danny Altmann: Delta follows the same trend as previous variants of concern–mutations in spike that enhance transmission and evade immunity–but this one has rather distinctive changes. For example, these are fuelling greater numbers of infected young people, greater severity in young people, more vaccine breakthrough.

William Schaffner: The Delta variant is more contagious than the other COVID strains, so it is spreading very rapidly among unvaccinated persons here in the US. The COVID vaccines do protect against the Delta variant. Because so many older people have been vaccinated, Delta now is infecting younger adults and adolescents.

Kazuaki Jindai: The concern is that you cannot just be reassured with two doses of effective vaccines, but you should keep your guard high by enhancing the self-protective habits. Especially, it has been advocated that the virus can be spread through aerosol forms (sometimes called short-range airborne route).

William Schaffner: The relationship of the risk of breakthrough infections with antibody titers remains scientifically uncertain. There still is no accepted antibody "correlate of protection". Fortunately, vaccines continue to provide good protection against serious disease and breakthrough infections (usually mild) with both the Alpha and Delta variants remain uncommon.

Kazuaki Jindai: In any case, it is interesting to see low neutralizing antibody might impact the breakthrough infection. However, the degree of antibody level is unclear, and sample sizes are small. Further investigation should be sought to investigate its impact precisely to Delta variant. 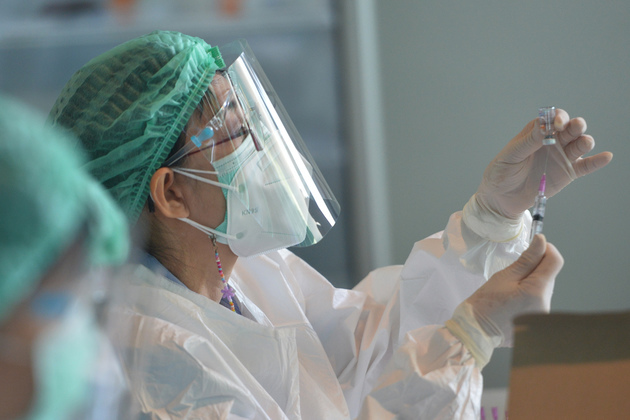 NBD: The Delta variant has caused an uptick in Covid cases. Why is it that the vaccinated people could also be infected?

Danny Altmann: On the whole, we still consider vaccines such as AZ and Pfizer highly effective against Delta in most people, even if effectiveness may drop over 10 folds. The problem is that people are diverse in their immunity to the vaccine, so low responders will be vulnerable.

William Schaffner: Vaccinated persons generally get mild "breakthrough" infections with Delta. A few persons do become more seriously ill because the vaccines are not 100% protective and because persons who are immunocompromised cannot respond completely to the vaccine.

NBD: Is it still important for countries with a low vaccination rate to continue mass vaccination campaign?

Danny Altmann: It couldn't be more important! Countries trying to fend off an aggressive variant like Delta without the enormous mitigation of good vaccines are in a terrible situation.

William Schaffner: Yes. The effectiveness of the current vaccines against the several COVID strains that are circulating around the world is sufficient to keep vaccinating.

Ravindra Gupta: Yes, absolutely, the vaccines are the best way to control Delta despite breakthrough in some cases, in most cases vaccines protect completely.

Kazuaki Jindai: Yes, it is important that they are still working and it is helpful to prevent severe diseases/death. Mass vaccine campaigns should be continued.

Danny Altmann: Some evidence, as expected, show that breakthroughs map to those with the lowest antibody levels. All countries are considering what should be the strategy for an additional boost.

William Schaffner: Delta is causing breakthrough infections. Fortunately, most are quite mild; serious infections that require hospitalization are unusual.

NBD: Is it necessary to adjust the current vaccination strategy? How?

William Schaffner: Some countries have endorsed mixing and matching and even are promoting booster shots for immune-compromised persons. Here in the US these issues continue under discussion while our primary focus remains on extending vaccination to many persons who still remain, unfortunately, unvaccinated.

Danny Altmann: All of those options need to be and are being looked at with enormous urgency.

Ravindra Gupta: We need to give as many people 2 doses as possible, even with mixing. 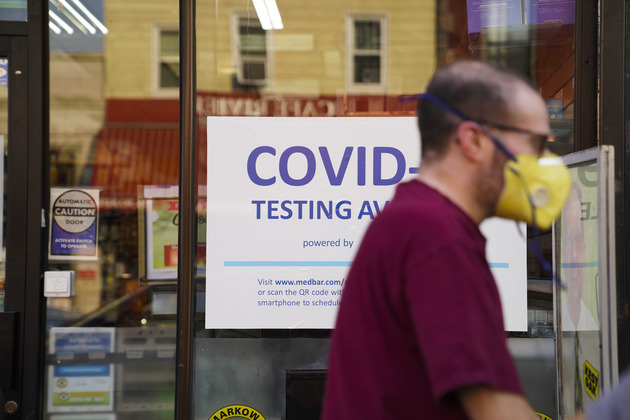 NBD: What are the most common symptoms of Delta variants now? Does it cause more severe illness cases, higher hospitalization rate or case fatality rate?

Danny Altmann: Most of the changes are to do with greater transmission and breakthrough, the shift to younger age group, and "new" symptoms which can be more like the common cold.

William Schaffner: As far as can be determined to date, Delta does not cause more severe illness, higher hospitalization rates or an increased case fatality. However, it may produce less loss of taste and smell and it can often cause mild illness in persons who previously were vaccinated.

NBD: A study showed that the investigation on daily sequential PCR testing of the quarantined subjects indicated the viral load of the first positive test of Delta infections was over 1000 times higher than that of the 19A/19B strains infections back in the initial epidemic wave of 2020. What does a higher viral load imply?

Danny Altmann: That's right. We think of viral load as being a correlate both of the ability to induce symptomatic disease and to transmit to others.

William Schaffner: This higher viral load is the major explanation of why Delta is more contagious than the original COVID virus.

Ravindra Gupta: It means the virus can transmit better and this higher infectivity might enable it to avoid antibodies in the nose and respiratory tract generated from vaccine or past infection.

NBD: Is there a possibility that more contagious variants will be generated?

Danny Altmann: Dozens of variants are currently being sequenced and tracked around the world. It's highly likely that some will become the next major variants of concern.

William Schaffner: It is possible that new variants could occur that are more contagious, cause more severe disease and can evade the protection from the current vaccines. That is why we must continue surveillance for variants around the world. Importantly, variants occur when the COVID virus multiplies and has opportunities to mutate. The best way to reduce the risk of variant mutations occurring is to have as many persons around the globe vaccinated as quickly as possible.

Kazuaki Jindai: Yes, I am afraid that it is possible that we need face against other variants in the near future. We should be vigilant through domestic and international surveillance system, and sharing such new information should be shared internationally as soon as possible. 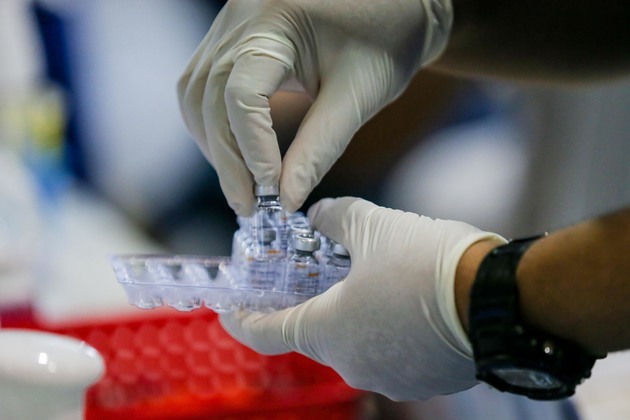 NBD: For the previous virus, experts warned that the elderly and people with other diseases were likely to be the most vulnerable group. Is there any difference for the highly contagious Delta variant?

Danny Altmann: The main shift to note is that, in early 2020, there was a sense that this was a disease of the over-70s and they were the key group who faced hospital admission. Now, partly due to vaccine coverage and partly due to Delta, we see a shift right down through the age range.

William Schaffner: In the US, because so many older persons already have been vaccinated, Delta is spreading most quickly among younger adults and adolescents. This may not be the case in other countries where vaccine has not been used as extensively.

Danny Altmann: This is absolutely the case. We know of infections occurring after brief exposure, even outdoors. Things move fast in the time of COVID, and we need to keep readjusting our norms.

William Schaffner: It is reasonable to assume that the greater viral load of Delta means that it can spread over a wider area than the original COVID strain was able to spread. This contributes to why Delta is more contagious.

NBD: As the new variant is spreading so fast among so many countries, when will be peak of this wave?

Danny Altmann: It is impossible to predict.

Ravindra Gupta: Later this year, autumn in the north.

NBD: The extreme contagiousness of Delta makes herd immunity a more challenging target? What do you think of this? Will the virus coexist with us in the future?

William Schaffner: Yes, because Delta is so very contagious, achieving herd immunity will require even higher levels of vaccine acceptance. Even if we can reduce the transmission of COVID virus to low levels, COVID will not go away. COVID will be part of the microbial environment in which we live into the future. The global population will have to coexist with COVID viruses into the future.