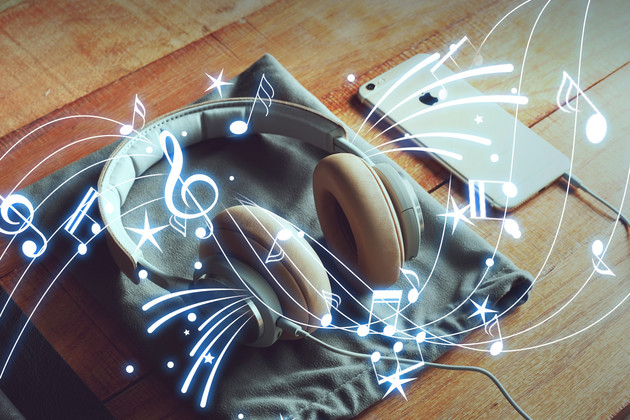 Apart from an admission letter, all freshmen of the University of Chinese Academy of Sciences will receive a special gift this year: a record of "sounds from the universe."

The sounds are created from the 15 pulsar signals captured by the university students and researchers using China's Five-hundred-meter Aperture Spherical Radio Telescope (FAST). Among them, 13 pulsar signals were released for the first time, according to the university.

Pulsars are neutron stars that emit electromagnetic waves. Scientists observe these stars to confirm the existence of gravitational radiation and black holes and help solve major questions of physics.

However, these signals are inaudible to naked human ears, so researchers at the university converted them into a waveform, said Yang Guoqiang, vice president of the university.

Beijing student Nie Jiahui received the university's gift on Monday. He said he was surprised by the vinyl disc.

"These signals sound mysterious and wonderful. They seem to have taken my thoughts to outer space," Nie said.

Li Shushen, president of the university, wrote in the admission letter that he hopes new students could experience the sounds of distant pulsars through their physical senses, and regard these sounds as a call of science to maintain curiosity forever and remain in awe of nature.

FAST is the world's largest single-dish radio telescope, with a reception area equal to the size of 30 standard football fields. Located in a naturally deep and round karst depression in southwest China's Guizhou Province, it has discovered more than 100 pulsars.

The massive telescope is an important training base for talents from the University of Chinese Academy of Sciences, which is considered China's highest academic institution in natural sciences.

The unique gift has tickled the interest of social media users in China after the university released the sounds online. Some dubbed them the "heartbeats of the universe," while others gave the idea of this unique gift a thumb up.

It's not the first time that the university has given a surprise to its freshmen. Last year, every new student received a China-developed chip along with the admission letter, causing a stir on social media.

And the University of Chinese Academy of Sciences is not alone in demonstrating creativity. Tsinghua University, for example, has introduced its intriguing admission letter designed as a foldable card since 2018. Upon opening, a tiny 3D-model of the school gate will stand on the letter.