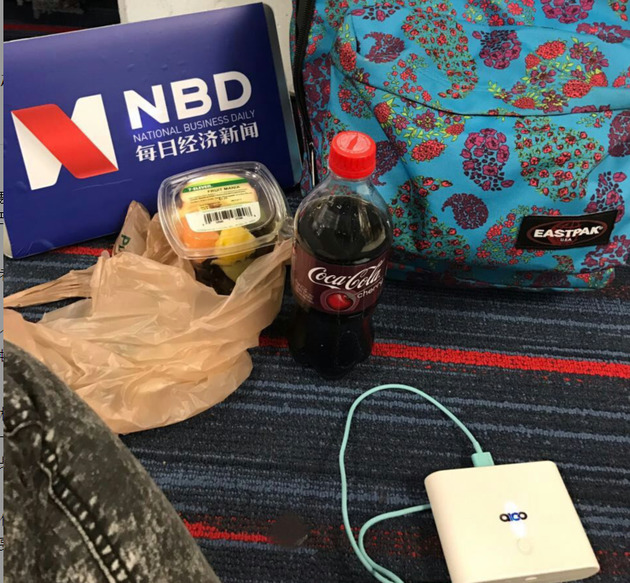 After 18 hours of travelling, I finally arrived at Dallas Fort Worth Airport. But there are still hours to go before boarding my connection flight to Washington. While resting on the chair, I found someone starring at my charging bank.

The man is from Louisiana and works at Saudi Arabia, teaching local people to drill oil. You know, frequent travelling is not easy for me but the job pays well, he said.

He looked at his phone several minutes later while we are talking.

"Amazing, 7% already!" he cried. Then he examined the charging bank and vowed to let his Chinese friends to buy him a dozen.

We talked about China economy, trump administration and many other things. Later, he joined the lineup to Las Vegas and shared his story of this amazing charging bank with other passengers.

He waved goodbye to me and vanished in the crowd.