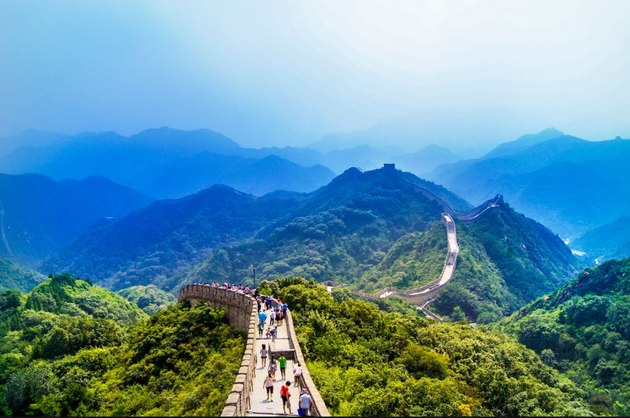 Repair work on a section of the Great Wall in north China's Hebei Province is underway, local cultural and tourism authorities said.

The Heduling section of the Great Wall, located in Houjiazhuang Township of Neiqiu County, dates back some 500 years to the Ming Dynasty (1368-1644).

Years of weathering without repair had damaged a gateway, stairs and crenels, and the walls had also been damaged by plant roots, said Jia Chenghui, a cultural relics protection official of the county's cultural, radio, television and tourism bureau.

The local cultural relics protection department then applied for 1 million yuan (about 141,400 U.S. dollars) in funding from the provincial administration of cultural heritage to repair the 150-meter section of the Great Wall.

According to Jia, the collapsed gateway was restored and the plant roots affecting the walls were cleared in the first stage in 2018. In the second stage, which started in late May, repairmen will mend the collapsed walls and cracked sections, and reinforce the rock stairs.

The second stage of repairs is expected to be completed by early July.