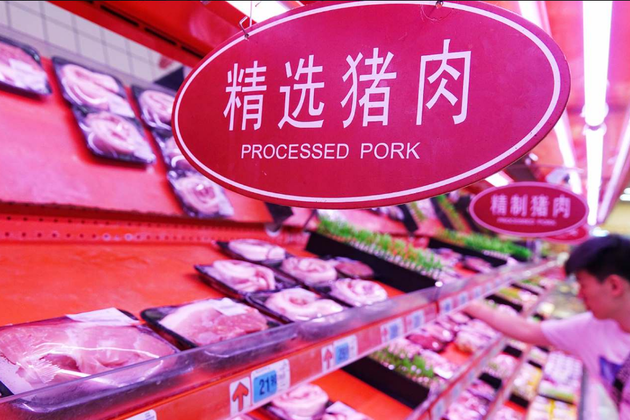 Governments at all levels have put great emphasis on restoring hog production and have stepped up efforts to increase pork supply, Liu Aihua, spokesperson for the National Bureau of Statistics, told a press conference.

The country has raised living subsidies to people living in poverty in accordance with the hike in consumer prices, Liu noted, adding that people's lives will not be affected by soaring pork prices.

As policy measures gradually take effect, hog production is expected to recover and pork prices will be stabilized, she said.

Liu noted that the country's CPI growth is still "mild" this year, rising by 2.6 percent year on year in the first 10 months, within the target of 3 percent set by the government.

The country has rolled out multiple measures to stabilize hog production and pork supply. On Nov. 6, the State Council urged efforts in an executive meeting to restore hog production by ensuring the supply of swine feed, increasing the production of poultry, beef and mutton and utilizing food reserves.

Official data showed that pork imported into the country reached about 1.33 million tonnes during the first three quarters, up 43.6 percent year on year.