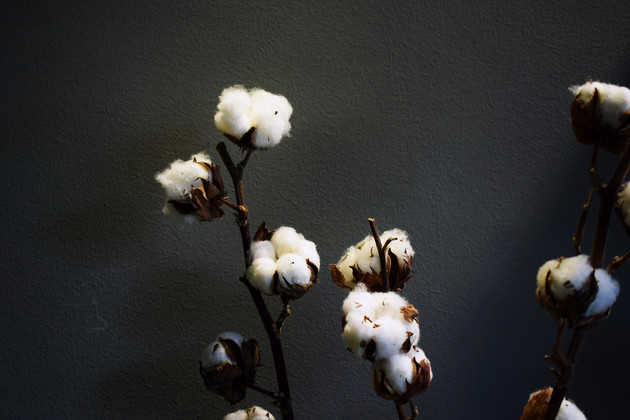 Yuan Hongbin, 61, has a unique skill. He can replicate almost any painting using cotton, no matter if it's a western oil painting such as The Death of Marat, or a traditional Chinese painting.

The folk artist, who used to work in a textile factory in the city of Ma'anshan, east China's Anhui Province, spent ten years exploring a new way of painting inspired by his daily work with cotton.

The cotton paintings that he makes, unlike ordinary ones, are three-dimensional to some extent, in which Yuan "paints" by putting pieces of cotton on a canvas in layers to achieve the effect of bas-relief.

Without any kinds of adhesives, Yuan can "glue" the cotton together on the canvas in a unique way -- using static electricity.

"The cotton can stick to the canvas after I rub them to generate static," he said.

When he started, Yuan could only make monochrome paintings by putting white cotton on a black canvas. Over the years, he gradually developed a method to make colorful paintings with dyed cotton.

"I think I've found the meaning of my life after I received my first prize at a national-level competition in 1981," he said.

"Cotton painting incorporates the features of both western oil paintings and traditional Chinese paintings," he added.

As the inventor of cotton paintings, Yuan has made a series of "cotton portraits" for government leaders worldwide including German Chancellor Angela Merkel. Many of his works have been collected in national museums such as the Palace Museum and the National Museum of China.

It takes Yuan up to a year to complete a cotton painting in pursuit of perfection.

"I barely speak with other people when making the painting, totally immersing myself in it," he said.

"Although I'd heard of the famous cotton paintings, I did not realize they were so true to life until I saw them," said Jian Yuanhong, an entrepreneur from Taiwan.

Yuan founded a company to promote his cotton paintings. Now the company has about 200 employees.

"I want to show more and more people around the world the charms of cotton paintings, which I consider a reflection of traditional Chinese craftsmanship," he said.