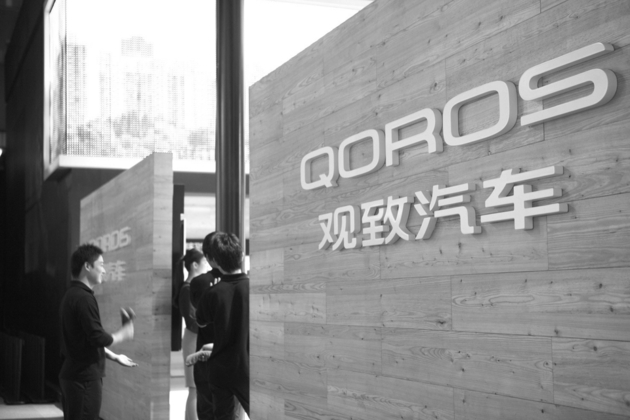 Such vehicles constitute one pillar of the automaker's dual strategy initiated earlier this year, with its first electric production model expected to run off the assembly line in 2017.

Its electric concept car, Qoros 3 QLECTRIQ EV, which was shown at the Guangzhou auto show in November, can travel 350 kilometers on one charge.

Leon Liu, Qoros' chief operating officer, said the parent companies' support will help the automaker to gain a head start in the new round of technological and market changes.

Qoros has received a lukewarm reception in the market since its first model debuted in 2013, despite acclaimed quality and design.

Statistics from the China Association of Automobile Manufacturers show that the automaker sold nearly 16,000 cars in the three quarters of 2016. Poor sales and rising cost have left the automaker with a 1.35 billion yuan (about 194.36 million US dollars) loss in the first nine months.

However, Liu told reporters in an interview in November that Qoros will see "positive cash flow" within a year. He said the automaker is planning to double the current sales network of 106 dealerships to more than 200 in 2017 and to launch at least one model a year to attract more customers.