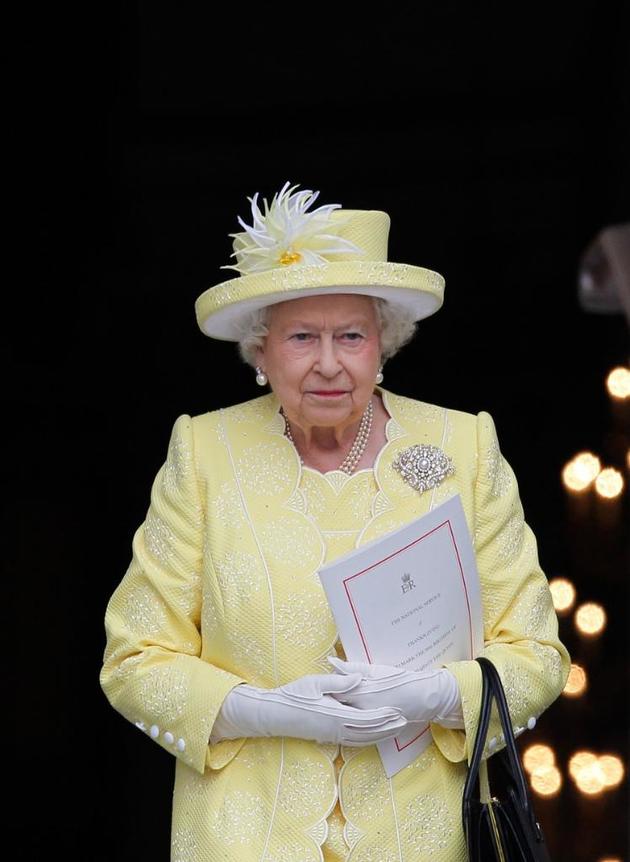 "The Queen died peacefully at Balmoral this afternoon," Buckingham Palace said in a statement.

"The King and The Queen Consort will remain at Balmoral this evening and will return to London tomorrow," it added, indicating her son, Prince Charles, has now become Britain's new King.

Earlier in the day, Buckingham Palace said the monarch was under medical supervision due to doctors' concerns over her health. The royal family members soon rushed to Scotland to be at her side following the announcement.

"The death of my beloved Mother, Her Majesty The Queen, is a moment of the greatest sadness for me and all members of my family," King Charles said in a statement.

"We mourn profoundly the passing of a cherished Sovereign and a much-loved Mother. I know her loss will be deeply felt throughout the country, the Realms and the Commonwealth, and by countless people around the world," it added.

The monarch made fewer public appearances in recent months due to mobility issues after recovering from COVID-19 in February. During the four-day nationwide celebration in early June to mark her 70 years on the throne, she made two brief appearances only on the balcony of Buckingham Palace.

After the announcement of the Queen's death, thousands of people gathered outside Buckingham Palace in London despite the rain to pay tribute. Local media said Britain will enter an official 10-day period of mourning beginning Friday. There has been an outpouring of condolences from politicians and governments following the Queen's passing.

"Queen Elizabeth II was the rock on which modern Britain was built. Our country has grown and flourished under her reign. In the difficult days ahead, we will come together with our friends across the United Kingdom, the Commonwealth and the world to celebrate her extraordinary lifetime of service. It is a day of great loss, but Queen Elizabeth II leaves a great legacy," Truss said in a statement.

"We mourn the death of Queen Elizabeth II. she was a role model and inspiration for millions, also in Germany. Her commitment to German-British reconciliation after the horrors of World War II will remain unforgotten," German Chancellor Olaf Scholz tweeted.

"Queen Elizabeth II has just passed away. An Elizabethan era is coming to an end. The United Kingdom forever bears the seal of the one who embodied it for seventy years with unalterable strength and moral authority. France pays tribute to the woman who marked the history of her country, our continent and her century," France's Elysee Palace said in a statement.

born on A1926, Elizabeth II was proclaimed Queen after the death of her father, King George VI, on Feb. 6, 1952. She was formally crowned the monarch of the United Kingdom on June 2, 1953.

She was considered "a beacon of hope" for the nation as she used her annual Christmas speeches, televised since 1957, to rally the nation in times of hardship.

In total, the Queen greeted 15 prime ministers during her long reign, including Winston Churchill, her first, and Truss, her last.