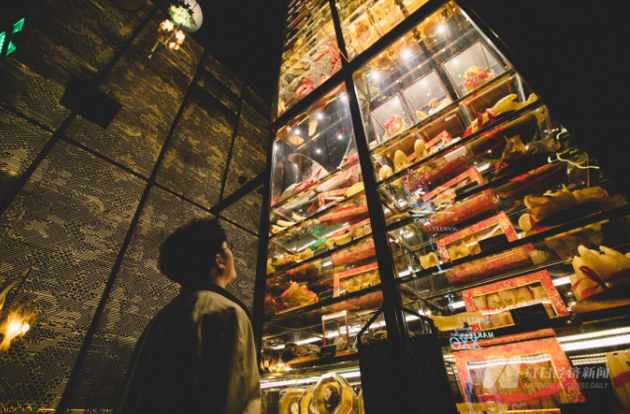 At the entrance of Chengdu Restaurant, on the fancy shelves lie the most exquisite seafood in Chinese cuisine like fish maw and abalone. As the ingredients suggest, the restaurant offers luxurious Cantonese food. Signature dishes include the roasted 18-day pigeon directly flown from Guangdong Province, and steamed large yellow croaker, an expensive sea fish.

On January 6, the MICHELIN Guide released its first recommendations of restaurants in Chengdu. Chengdu Restaurant won one star, and it is the only non-Sichuan cuisine restaurant on the list.

However, the menu of Chengdu Restaurant does have some Sichuanese touch, with many dishes spiced up with local ingredients. The Art Deco interior design integrates many Chengdu elements, like the hanging lamps that pays tribute to the Golden Sun Bird, an ancient artefact unearthed in Chengdu. 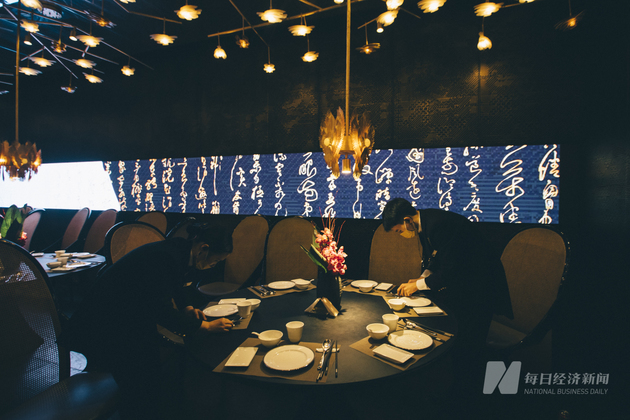 "Our restaurant is an example of the inclusiveness that is characteristic of Chengdu," restaurant manager Liu Fengcheng said to National Business Daily (NBD).

He backed his words with a story. Renowned food critic Chua Lam once visited Chengdu Restaurant and ordered a "radish banquet", a Sichuanese dish that uses the common radish to mimic the taste of edible bird’s nest, a traditional delicacy.

The chef, of Cantonese cuisine training, did not know how to make it, so he went to a Sichuan cuisine master for advice, and presented the dish using the immaculate Cantonese cutting skills. Lam was impressed.

"It's how we combine the Sichuanese and Cantonese cooking at Chengdu Restaurant," Liu said.

According to Liu, the steamed large yellow croaker that Chengdu Restaurant first offered is now available at many high-end restaurants in the city. It is a great example of how Chengdu's culinary community is ready to embrace influence from outside.

Chen Tianfu, founder of Chaimen Hui, said to NBD that fine ingredients know no national borders, and they are essential for renewing the image of Sichuan cuisine. 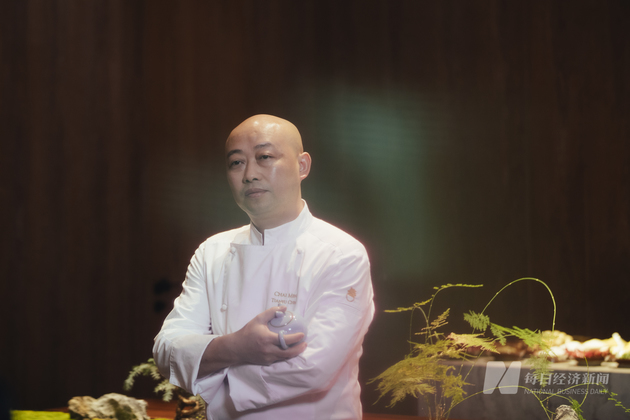 The history of Sichuan cuisine is a result of constant exchange with other cooking styles and techniques. Kung Pao Chicken, the most iconic dish in Sichuan cuisine, has its origins in the cooking traditions of Shandong and Guizhou provinces.

In 1912, chef Lan Guangjian, now widely seen as the "father of modern Sichuan cuisine", opened the legendary restaurant Rongleyuan, the menu of which collected the finest dishes from across China, including those served on royal banquets in Qing dynasty.

Rongleyuan went on to become the center of culinary education for generations of local chefs. Songyunze, another one of the Michelin one-star restaurants, is a direct heir of the Rongleyuan tradition.