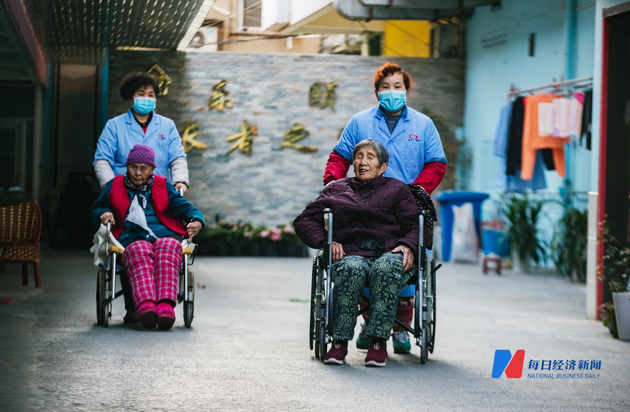 China has released a guideline for measures to further implement its national strategy to address population aging and boost the sense of fulfillment, happiness and safety among the elderly.

The guideline, jointly issued by the Central Committee of the Communist Party of China and the State Council, outlines a range of measures to meet the needs of the elderly in a coordinated manner while tackling the issue of population aging through joint efforts from the Party, government and society.

China will improve elderly care services at home and through communities, according to the guideline.

Government-funded institutions for public, accessible elderly care services will prioritize certain groups, including incapacitated elderly individuals with financial difficulties, senior citizens with disabilities, and those who have made contributions to society, per the document.

A list-based system for basic elderly care will be established, and a comprehensive senior citizen capability appraisal system, which is recognized across departments nationwide, will be built by the end of 2022, according to the document.

The country will also expand the coverage of old-age insurance and move faster to improve the unified management of enterprise workers' basic old-age pensions at the national level, according to the document.

Efforts should be made to improve the healthcare system for the elderly, the document said, noting the importance of efforts to better shield elderly people from chronic diseases through early monitoring and intervention, focusing on oral health and dementia, among others.

Healthcare facilities such as geriatric centers and rehabilitation hospitals for senior citizens will also be strengthened.

To better meet the demand of incapacitated elderly people, the guideline proposes developing "internet plus nursing services," advancing trials of the long-term care insurance scheme, and promoting the integration of medical resources with elderly care services.

To increase the level of social participation among the elderly, the guideline also sets out measures to boost the supply of education resources, raise the quality of cultural and sporting services for the elderly, and fully tap their potential by providing flexible employment, training and volunteering opportunities.

Regarding the construction of an elderly-friendly society, the guideline specifies efforts to protect seniors' legal rights and incorporate the supply of barrier-free facilities into renovation projects in both urban and rural areas.

Efforts should be made to grow the "grey hair economy," and support the development of industries tailored to fit the food, medical, and insurance needs of the elderly, according to the guideline.

Efforts concerning talent-building for elderly care services, the provision of service facilities and relevant policy supports should also be enhanced, the guideline said.