Many countries around the world chose to ease monetary policies to counter the economic impact of the COVID-19 pandemic. Will such practice impede the economic recovery? Professor Edmund S. Phelps told National Business Daily (NBD) in an interview in early 2021 that he doesn't think it is a risk.

Professor Phelps won the Nobel Prize in Economic Sciences 2006 for his contribution of "deepening our understanding of the relation between short-run and long-run effects of macroeconomic policy".

As one of the leading lights who influence the process of economics, Professor Phelps analyzes the dynamic optimization path of economic growth and puts forward the famous "golden law of economic growth". His research plays a decisive role in the development of economic theory and the formulation of national economic policies. 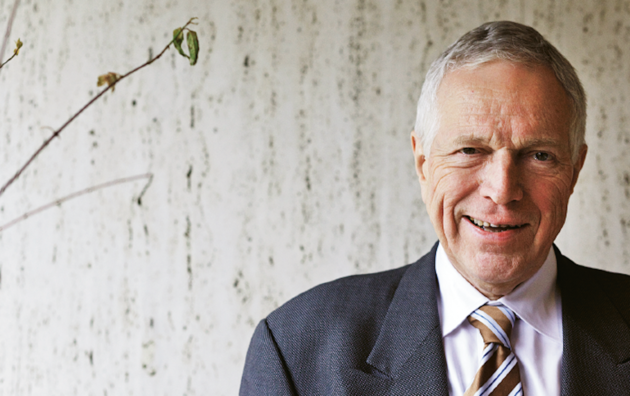 Photo provided to NBD by the interviewee

In the interview, Professor Phelps also discussed the global supply chain, future trends of global asset prices and the role of income distribution in promoting efficiency and fairness.

NBD：COVID-19 has disrupted the global industrial chain and supply chain. Is the global allocation of production factors still the future choice of the world's major economies?

Edmund S. Phelps：In America, there has already been a major increase of home production in American industry – prompted by the desire of owners and managers to avoid a repetition of shortages in overseas components.

As I see the matter, American attitudes toward outsourcing – and toward trade in general, for that matter – will very much depend on working people's satisfaction with their work and their sense of being treated fairly by the government.

NBD：Will the global monetary ease policy bring potential risks and uncertainty to economic recovery over the near future?

Edmund S. Phelps：I don't see that the monetary ease is a risk to economic recovery.

Of course, it may happen that persistently low interest rates for another year or so will begin to drive up inflation rates. And, in that event, stock market prices will drop and perhaps some investment plans will be put on hold. But my guess is that much of the recovery will have taken place by that time. [I’m much more worried about the sky-rocketing public debt.]

NBD：When the COVID-19 ends, what trends will we see in global asset prices, such as stocks, commodities, gold, bonds, etc.?

Edmund S. Phelps：Even in the best of circumstances there is always a huge cloud of Knightian uncertainty hanging over future asset prices.

But I will say this: As long as the West remains in a state of stagnation – extraordinarily slow secular growth – stock prices etc. will be much higher over the medium-term future than they would have been had economic growth in the West not petered out beginning in the '70s and returning in the '00s.

Edmund S. Phelps：I think it could be said that the natural tendency of any nation is to explore, create, innovate and to develop what it has discovered.

But in some nations there are one or more serious impediments or obstacles to that kind of economic activity. Government or the citizenry impede or block some kinds of economic change. History is full of examples.

Another problem is that, in some nations, the people have somehow lost their willingness or curiosity or venturesomeness to attempt to create a new method or new thing. It seems to me – I hope I am wrong – that some nations in the West are not the brilliant, imaginative nations they once were.

NBD：If the challenging situation continues in 2021, what should we do?

Edmund S. Phelps：We should bite our lip and adapt as best we can to the setback!

NBD：It seems the COVID-19 is exacerbating the economic inequity. Is there a way to achieve relatively fair income distribution, such as through reasonable resource allocation, to make more people benefit from the economic development?

Edmund S. Phelps：I have devoted a significant part of my work in economics to the creation and use of policy instruments to achieve greater fairness in a country’s economy. Much of my focus has been on the structure of taxation. I have also been particularly interested in subsidizing every corporation's employment of low wage workers.

In America, there is now an awakening to the desirability of governmental measures to raise wage rates at the bottom of the ladder. But it's important to avoid bad means to a good end. It is disappointing that many non-economists in America envision legislation to force employers to pay higher wages without realizing that such a crude method might cause problems.