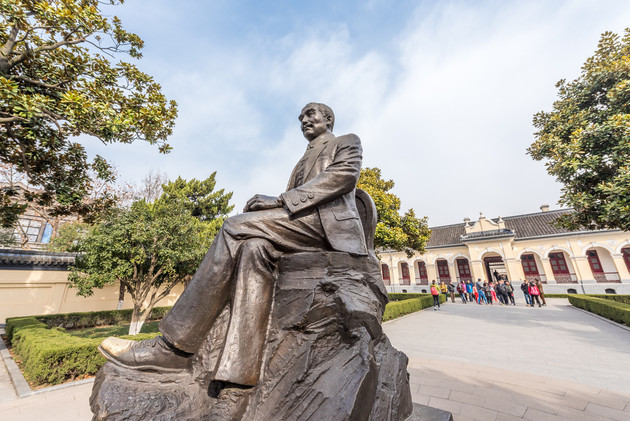 An exhibition in memory of Sun Yat-sen, a renowned statesman who led a revolution that ended imperial rule in China, has commenced in Shanghai, with more than 300 exhibits on display.

The exhibition will last until Nov. 12. It is divided into three parts, highlighting Sun's footprints in Shanghai, locals' memory of him, and the city's inheritance and promotion of his thoughts and spirit since the founding of the People's Republic of China.

Around 30 items and some documents and pictures related to Sun and his wife Soong Ching Ling are being displayed to the public for the first time. The exhibits include reference books used by Sun when he wrote "The International Development of China," as well as Soong's collection of records.

Born in 1866, Sun is revered among the Chinese as a great revolutionary and statesman for his leading role during the 1911 Revolution, which ended more than 2,000 years of feudal rule in China. He died in 1925.