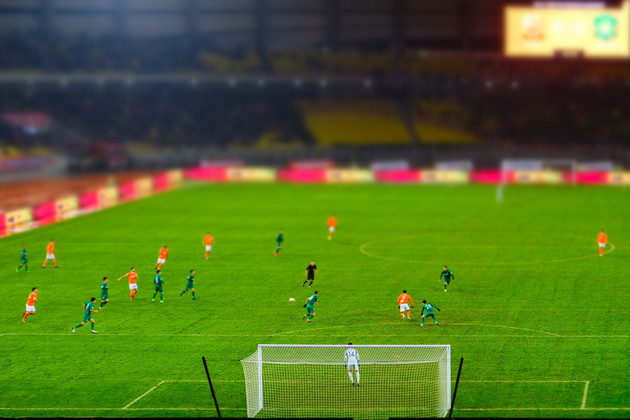 The Chinese Football Association (CFA) so far has a total of nine naturalized players with or without Chinese heritage on record, said new CFA president Chen Xuyuan at a press conference here on Thursday.

Just one day before the conference, the CFA confirmed that Brazilian-born forward Elkeson, whose Chinese name is Ai Kesen, has been named in the Chinese squad to become the first naturalized player without Chinese ancestry to wear Team Dragon jersey.

"We want to go to Qatar. Naturalized players can be helpful in order to achieve the national team's short-term goals. Up to now, clubs have registered nine naturalized players with or without Chinese heritage at the CFA in total, some of them are still going through the naturalization process," Chen said.

A CFA working report published earlier claimed that the "lackluster performance of the national teams" is one of the five main problems challenging the future development of Chinese football.

The new CFA president aims to improve the performance of the Chinese men's national team, who will assemble three days from now to prepare for the upcoming 2022 World Cup qualifiers in September.

"If the Chinese national team can enter the next stage of qualification, we may introduce a few more naturalized players," Chen told Xinhua. "But it will never be a long-term policy of the CFA, and the numbers will be very limited," he added.

Besides the efforts to qualify for FIFA World Cup, Chen also expressed his willingness to help China host a World Cup in the future.

"Hosting the World Cup is a dream of all Chinese fans, including me. The CFA will analyze and find out when is the best timing to bid," Chen noted.