The World Economic Forum today announced its annual list of breakthrough technologies with the greatest potential to make a positive impact on our world.

The technologies on the list, which is curated by members of the Forum's Expert Network, are selected against a number of criteria. In addition to promising major benefits to societies and economies, they must also be disruptive, attractive to investors and researchers, and expected to have achieved considerable scale within five years.

"From income inequality to climate change, technology will play a critical role in finding solutions to all the challenges our world faces today. This year’s emerging technologies demonstrate the rapid pace of human innovation and offer a glimpse into what a sustainable, inclusive future will look like,” said Jeremy Jurgens, Chief Technology Officer at the World Economic Forum.

"Technologies that are emerging today will soon be shaping the world tomorrow and well into the future – with impacts to economies and to society at large. Now that we are well into the Fourth Industrial Revolution, it’s critical that we discuss and ensure that humanity is served by these new innovations so that we can continue to prosper," said Mariette DiChristina, Editor-in-Chief of Scientific American, and chair of the Emerging Technologies Steering Committee. 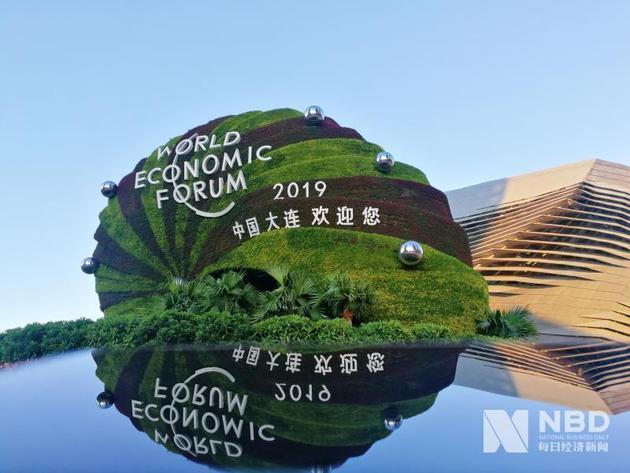 The top 10emerging technologies of 2019 are:

Bioplastics for a circular economy: Only 15% of plastics today are recycled. Meanwhile, biodegradable plastic lacks the strength of conventional materials. This year’s breakthrough comes through using cellulose or lignin from plant waste, which increases mechanical strength and doesn’t use crops that could otherwise be used for food production.

Social robots: Robots today are able to recognize voices, faces and emotions, interpret speech and gestures, respond to verbal and non-verbal cues, and even make eye contact. They’re increasingly being used to care for the elderly, educate children and do all sorts of tasks in between.

Metalenses: These lenses so small that, up until now, it has been impossible to make them through traditional glass-cutting and glass-curving techniques. A breakthrough in the way lenses are produced will allow further miniaturization in sensors and medical imaging devices.

Disordered proteins as drug targets: "Intrinsically disordered proteins" are proteins that can cause cancer and other diseases. Unlike conventional proteins, they lack a rigid structure, which makes them difficult to treat. Now, scientists have found a way to prevent their shape-shifting long enough for treatment to have an effect.

Collaborative telepresence: Imagine video conferences where you can not only feel as if you're in the same room as your correspondents but can actually feel one another’s touch.

Smarter fertilizers: Much of the improvement in fertilizers over the years has been in enhancing their ability to slowly release nutrients as and when they are needed. The drawback is that they still contain ammonia, urea and potash. The latest versions use more environmentally friendly sources of nitrogen, plus microorganisms that improve take-up by plants.

Advanced food tracking and packaging: Locating the source of food contamination can now take minutes rather than days as a result of a novel blockchain approach to monitoring food’s progress through the supply chain. Meanwhile, sensors in packaging can tell us when food is about to spoil, reducing the need to trash whole batches once an expiry date is reached.

Safer nuclear reactors: The great risk with nuclear power is that the fuel rods can overheat and, when mixed with water, produce hydrogen, which can then explode. New fuels are coming online that are much less likely to overheat and, if they do, produce very little or no hydrogen. These new configurations can replace existing fuel rods with little modification.

DNA data storage: At the rate we are producing data, we probably have less than 100 years before the magnetic or optical storage systems we use at the moment will reach maximum capacity. These systems also consume huge amounts of energy. DNA, life’s storage material, has no such limitations. According to one estimate, all the world’s current storage needs for a year could be met by a cube of DNA measuring about one metre on a side.

Utility-scale storage of renewable energy: Lithium-ion batteries will likely be the dominant technology for the next five to 10 years and continuing improvements will result in batteries that can store four to eight hours of energy – long enough, for example, to shift solar-generated power to the evening peak of demand.

The World Economic Forum’s 13th Annual Meeting of the New Champions is taking place on 1-3 July 2019 in Dalian, People’s Republic of China. Convening under the theme, Leadership 4.0: Succeeding in a New Era of Globalization, more than 2,000 business leaders, policy-makers and experts from over 80 countries will participate and explore more than 200 sessions.