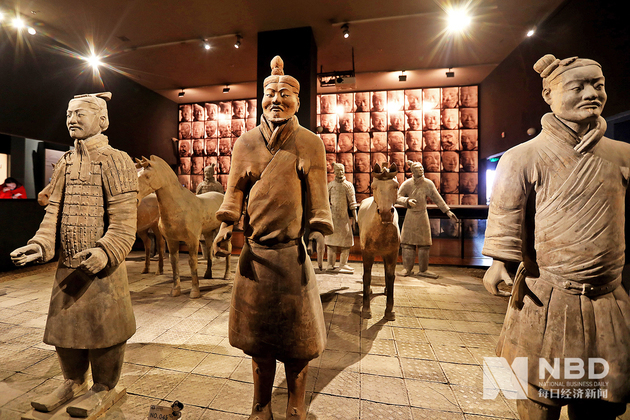 This winter, Australians are being treated to a special dual-exhibition combining the history and wonder of China's ancient Terracotta warriors with the astonishing creative talent of contemporary artist Cai Guo-Qiang.

Fashioned around 200 BCE to protect Emperor Qinshihuang in the afterlife, China's Terracotta Army is widely regarded as one of the most important archeological finds of the 20th century.

Australians can now witness eight of these magnificent life size figures with their own eyes, as well as two horses, chariots, and a range of other priceless artefacts from the era.

"History will be made again in 2019, when the Qin Emperor's Terracotta Army returns to the NGV -- this time in a sophisticated dialogue with the work of one of China's most celebrated contemporary artists, Cai Guo-Qiang."

Creating all new works for the exhibition, Cai will partly return to his signature medium of large scale installation -- the centrepiece of which will be a flock of 10,000 porcelain birds, hanging from the ceiling and appearing to swarm mid-undulation above the heads of audiences.

The birds create a three dimensional depiction of a calligraphic drawing showing the site of Emperor Qin's burial place, alongside which the Terracotta Army was found.