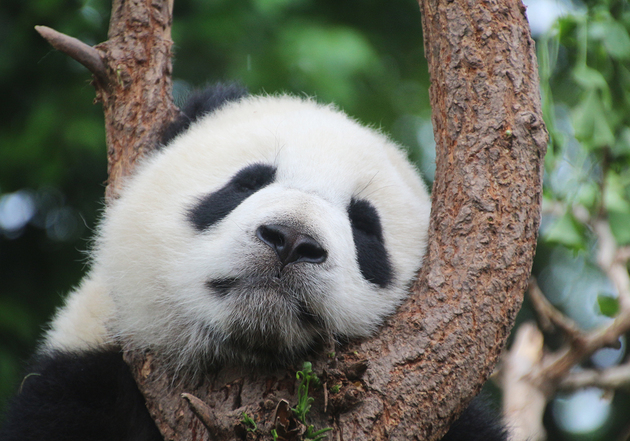 It was the first time a camera has captured a wild panda in Mianzhu, said Liao Liang, who works at one of the nature reserve's management station.

Two videos with the animal were shot on April 1 and three pictures were taken the second day. The videos showed an adult wild panda with a muddy butt, weighing between 80 to 150 kg, strolling through a bamboo forest, alternating between looking around and eating.

"These images show that vegetation and the ecological environment in the area are improving, with good living conditions for pandas," Liao said.

To better acquire wildlife data, five infrared cameras were placed in the reserve in April 2018, with 35 others added last month.

The cameras also spotted other rare animal species under first- and second-class state protection in the area, including the golden snub-nosed monkey, the gnu, and the forest musk deer.

As of early last July, Mianzhu authorities have shut down 243 mines on the mineral-rich Jiudingshan Mountain where mining activities had taken a toll on the environment, and an area of more than 100,000 square meters has become green again.

Further efforts will be made to restore wildlife habitats and the ecological environment, Mianzhu authorities said.