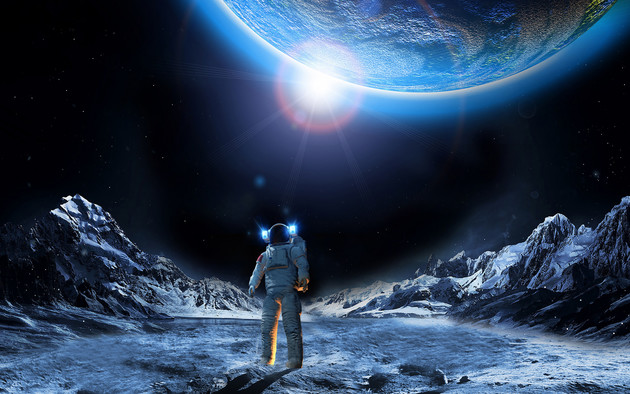 China aims to place a scientific research station near the moon's south pole in about 10 years, as well as conduct other exploration missions using astronauts on the lunar surface, a senior space official said on Wednesday.

Zhang Kejian, head of the China National Space Administration, made the announcement at the opening ceremony of the 4th China Space Day in Changsha, Hunan province. He did not elaborate on the plans.

He noted ongoing plans to launch the Chang'e 5 lunar probe later this year to collect samples and return them to Earth and that Shaoshan, the hometown of Mao Zedong, will be one of the permanent storage centers for the lunar samples.

Zhang added that the country plans to launch its first probe to explore Mars next year.

Since 2016, China has designated April 24 as China Space Day, with various activities that serve as a window for the Chinese public and the world to get a better understanding of China's aerospace progress.

The China Manned Space Agency said on Tuesday in Beijing that the Long March 5B carrier rocket, a key element in the next steps of the country's manned space endeavor, is scheduled to make its maiden flight in the first half of 2020.

A new generation of carrier rocket, it will have the largest carrying capacity to date sent into low-Earth orbit. It will carry the core capsule and experiment modules of China's planned orbiting space station.

The space station project will be implemented in three phases: key technology validation, construction and operation. Six flight missions, including the maiden flight of the Long March 5B rocket and the launch of the test core capsule, have been scheduled for the first phase, with launches of the experiment modules in the second phase.

Under plans made public previously, China will begin putting together its first manned space station in 2020. In the first step, a Long March 5B will put the station's core into orbit. Other components and astronauts will then be ferried to the core module to assemble the station.

The space station is expected to be fully operational around 2022, with a life of about 15 years, according to the China Academy of Space Technology, the contractor for the station's development and construction.

Information from the Manned Space Agency shows the core module, Tianhe, with three parts－a life-support and control section, a resources section and a connecting section. It will be equipped with three docking hatches reserved for visiting manned or unmanned cargo spacecraft, and two berthing locations used to connect with space laboratories. There will also be a hatch for astronauts' to exit for exterior activities.

The module will be 16.6 meters long with a diameter of 4.2 m. It will be central to the space station's operations, as astronauts will live there and control the entire station from inside. The module will also be capable of hosting scientific experiments.