The U.S. returns 361 relics and artifacts to China 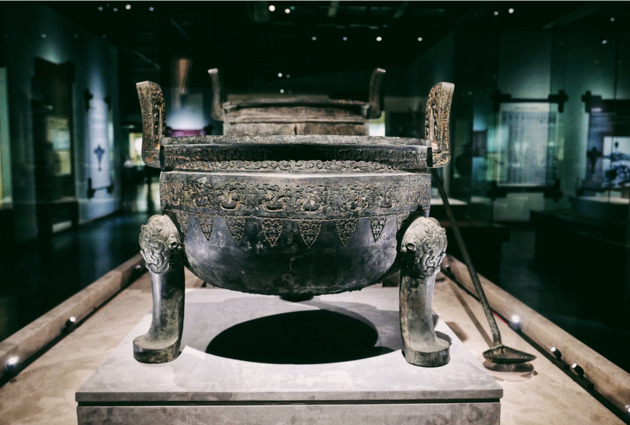 March 4 (NBD) -- The United States announced the return of 361 Chinese relics and artworks to China at a ceremony held last Thursday local time in the Eiteljorg Museum in Indianapolis, Beijing Business Today reported.

Among the items returned are stoneware, jade articles, bronzeware, earthware, coins and carved wooden architectures spanning from the Neolithic Age (3900-1700 BC) to the Qing Dynasty (1644-1911). They were found by the Indianapolis Police Department in 2014.

This marks the return of the largest batch of relics and artworks to China from the U.S. since 2009 when the two nations signed a memorandum of understanding to enhance cooperation in this field.

Chinese representatives said at ceremony that the lost relics and artworks are an indispensible part of China's cultural heritages and embody Chinese people's deep emotions and bonds towards history and culture. The return of such items is a result of bilateral cooperation, which deepens mutual-trust between peoples of the two countries.

As of January of 2019, China has signed inter-governmental agreements on cultural protection with 21 countries, including the U.S. During the past ten years, a lot of cultural treasures have been brought back, including the renowned bronze animal heads. In addition, the U.S. government has returned over 4,000 pieces or sets of relics and artifacts in 30 batches to China.

However, each return of such treasures is not easy.

For example, the 3,000-year-old ceremonial relic Huying or Tiger Vessel, looted by a British soldier from the Old Summer Palace in 1860, was up for auction at the Canterbury Auction Galleries in 2018.

In response, National Cultural Heritage Administration of China condemned the deal and promised to retrieve the item in accordance with the international conventions and Chinese laws. The China Association of Auctioneers and other major Chinese auction platforms showed their supports by threatening to cut all commercial ties with the Canterbury Auction Galleries.

However, the National Cultural Heritage Administration later received an email from the person-in-charge of the Canterbury Auction Galleries, saying the buyer wanted to donate the Tiger Vessel to China unconditionally. In December of last year, the long-lost treasure finally returned to its motherland.

According to the China Cultural Relics Academy, over 10 million cultural relics have been looted and brought to Japan, the U.S., Southeast Asia and European countries since the Opium War in 1840.

However, it is hard to retrieve the lost artifacts due to many obstacles.

Currently, there are two major international conventions singed to combat illegal trade of cultural relics, namely the Convention on Stolen or Illegally Exported Cultural Objects adopted in 1995 and the Convention on the Means of Prohibiting and Preventing the Illicit Import, Export and Transfer of Ownership of Cultural Property in 1970.

Industry insiders noted that the international conventions are not mandatory and are binding only for contracting countries, but many countries, where the relics have been taken, are not members of such treaties.

To retrieve cultural relics, a chain of evidences is essential. However, it is hard to collect evidence since those items were snatched a long time ago, which complicated the legal procedure for bringing them back.