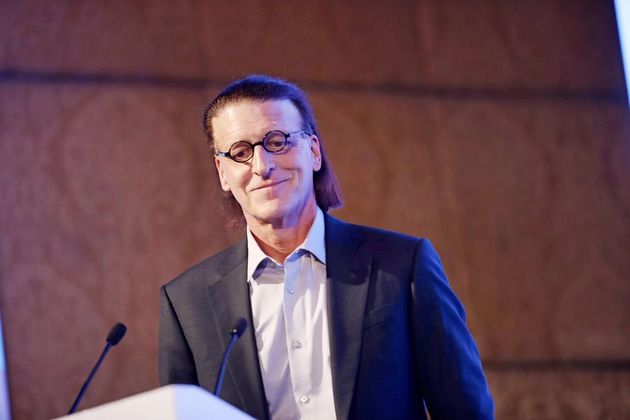 Nov. 14 (NBD) -- "Chengdu has all the ingredients to become a leader in global movie culture, bringing its personality to the world by innovating in animation and film," U.S. TV & film director and two-time Emmy Award winner Mark Zaslove said on Tuesday at the 2018 Chengdu Global Events Summit held in southwest China's Chengdu.

Themed with "Cultural and Creative Industry and the Rise of World Cities", the summit witnessed the insightful exchanges and sharing of professional experiences and ideas among industry experts from home and abroad.

Chengdu's eco-friendly and future-looking planning can make the film industry environment a particularly enticing place to work at, Zaslove added. He expressed confidence in Chengdu's movie-making potential at the summit, saying that the city is an exciting place to start an animation and film industry.

As old-school studios like Disney and Universal as well as new ones like Netflix or Amazon need movies and are desperate to buy movies, Chengdu can give new and unique movies, Zaslove explained. "With a city like Chengdu's resources, workforce and cultural vision behind it, a studio can form the seed of a movie industry, and that seed can grow into a self-sustaining platform of innovation that shows Chengdu to the world and the world to Chengdu through your own unique films."

In his keynote speech, "A Glance at City Development through U.S. Animated Film", Zaslove compared Los Angeles where he was born with Chengdu where he visited for the first time. Despite the fact that Chengdu has been around for thousands of years and Los Angeles less than 200, both cities have a wonderful history of literature and share a love for all the arts, he noted.

Taking the animation industries in London and New York as examples, Zaslove held that geography, weather, economy, and sometimes most importantly, history and folktales can shape a city's movies. "In each new place we would find the creative soul, the national vision, the special cultural viewpoint of that location and then bring that to light. Every city's movies should be distinctive to who they are, as a people, as a culture, and as a philosophy."

The success of an industry can't be achieved without talents within the industry. According to Zaslove, major universities in Los Angeles like University of California at Los Angeles and University of Southern California have large animation and film schools incorporated into them, some of which have turned out many of the very best film makers. And once established, schools form a continuity for the industry, a sustainable resource as people come to learn and then have jobs waiting for them and the movie business grows from that.

The Hollywood writer also gave a four-step guide to build an animation industry. The first step, of course, is to build a workplace or studio which allows the animators, artists and directors to be more inspired and keep the creativity going, according to Zaslove. After that, staff the studio with people who want to make cartoons and bring in some veteran consultants. Last but not least, have product to train the workforce on.