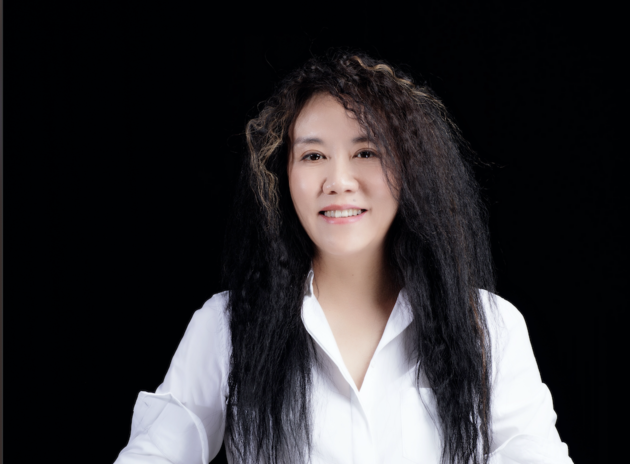 Nov. 8 (NBD) – "I like subversion and differences. I'm born with the pursuits of change and innovation," Wang Chaoge, renowned Chinese artistic director, said in an exclusive interview with NBD.

Known as a stage director, Wang co-created open-air performances the Impression series, a new style of stage performance which utilizes the environment as backdrops, such as famous mountains or the banks of renowned rivers or lakes.

In 2008, Wang Chaoge co-directed the opening and closing ceremonies of the Beijing Summer Olympic Games with Zhang Yimou and Fan Yue.

She also produced a series of theatrical performances for several Chinese cities, such as Another Glance at Pingyao, to discover the history and traditional culture of those locations.

In November 2015, Wang's Rediscover Chinese Music, a concert performed by the China National Traditional Orchestra debuted at the Kennedy Center, in a bid to promote China's music heritage.

She then brought her new artwork Encore Melaka to Malaysia in July this year.

Wang will attend the 2018 Chengdu Global Events Summit, set to unveil in southwest China's Chengdu on November 13, to discuss with other guest ways of promoting Chinese culture to the world.

NBD: You were one of the six members of the creative team for the opening and closing ceremonies of the 2008 Summer Olympic Games. Can you share with us your experience of the creation?

Wang Chaoge: It is a great honor for me to co-direct the ceremonies. Such feeling hardly took place on me before.

Before directing the two ceremonies, Zhang Yimou, Fan Yue and I have produced the Impression series. When we three as a team bid for the opening and closing ceremonies of the Beijing Olympics 2008, we came up with an idea of creating a romantic Olympics. The outdoor performances including Impression Liu Sanjie we made before provided the basis for the ceremony creation, which makes me proud.

The success in the ceremonies comes from hard work of the whole staff during four-year preparation.

NBD: There were comparisons between ceremonies of Beijing Olympic Games and those of London 2012 Olympics. Do you think the different styles of the ceremonies reflect the cultural differences between two nations?

Wang Chaoge: I strongly felt the cultural differences when I was watching and commenting the opening ceremony of the 2012 Summer Olympics at China Central Television.

I took great pride in the fact that the ceremonies of 2008 Olympic Games have reached the pinnacle of the Olympics ceremony. But I also admire the modernity of the UK revealed in the opening and closing ceremonies of London 2012 Olympics. The country and its citizens, such as the inventor of the internet, Mr. Bean, the author of Harry Potter, made outstanding contributions to modern civilization.

NBD: What contributions may China further make to the world's modern civilization and culture?

Wang Chaoge: I am looking forward to the future of China. I believe there will be heroes in modern professional fields in China, who will bring tremendous power to the world.

NBD: Can you share something regarding China's communication with the world?

Wang Chaoge: I think there may be a misunderstanding in our society. Some people hold that as long as you create a work with China's traditional or ethnical characters, people from other parts of the world will definitely like it. This is totally wrong. On the art stage, audiences spend money on the artwork not because of your hard work, but the artist's talent. They want to see if the work is qualified and if the artist behind the work is talented enough.