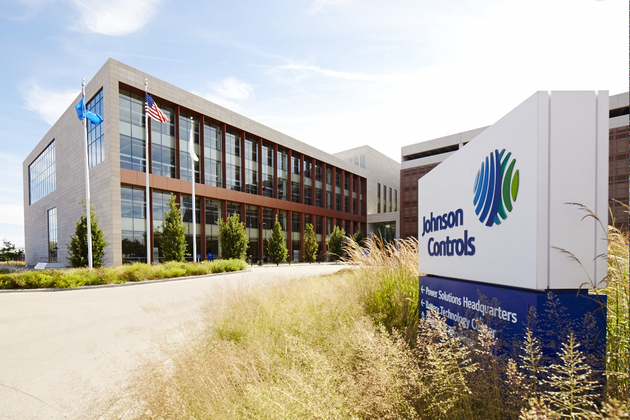 Over last several years or even over a decade, lots of American manufacturing enterprises have been increasing their investment overseas. And enterprises in the U.S. hiring foreign workers holding H-1B visa are not in the minority.

How will they deal with Trump's new policies? And How do they see the new agenda concerning taxes and infrastructure?

China-U.S. relationship under close watch when doing business in China

Fraser Engerman, the spokesman of Johnson Controls Inc., told NBD in an interview that Asian area is the most important growing market for the company. Johnson Controls Inc. now has 16 factories in China, mostly engaging battery business, power solutions and building business.

With regard to how will Johnson Controls would react to Trump's new policy which emphasizes "American comes first", Engerman explained that the company is increasing its investment in China and at the same time, it also ramps up its investment in the U.S. and other North American countries. Johnson Controls has 48 manufacturing bases in the U.S. hiring over 44,000 employees and continues to invest in employment and capital expenditure in the U.S..

Engerman stressed that Johnson Controls is a global company which follows customers' needs. The company's factories couldn't be located in one place. Factories in different places are built to meet the local needs. For example, products manufactured in China are supplied mostly to Chinese market and markets in other Asian countries. The company also raises its investment in the U.S..

Engerman told NBD that the company continues its investment in both U.S. and China, which is not associated with Trump's new policies but determined by business growth and market need. The company hasn't been pressured in any way from the U.S. government.

Engerman told NBD that the company doesn't want to make a guess about the executive order signed by President Trump last Tuesday. The company will pay close attention to the follow-ups, for example, how the government will change the current rules and what the relevant business suggestions should be. It is too early to judge the influence of the executive order on the company at this stage.

U.S. president Trump is also promoting tax reform which is expected to be made public Wednesday. It is said that the taxes on enterprises will be reduced to 15% under the new tax policy.

When asked about how Johnson sees such change, Engerman said that the company supports the government's tax reform. He mentioned the controversial merger between Johnson and Tyco. He said that the merger is not associated with tax but an alliance between giants. The merger did bring tax preference but was not the purpose of such move.

Engerman also expressed the company's support for the infrastructure plan of the government, saying Johnson Controls welcomes any renovation or upgrading of infrastructure in the U.S.. Johnson boasts professional technologies in such areas and can provide supports.