Peterson Institute's Schott: Disputes to be resolved by joint efforts of China and the U.S. 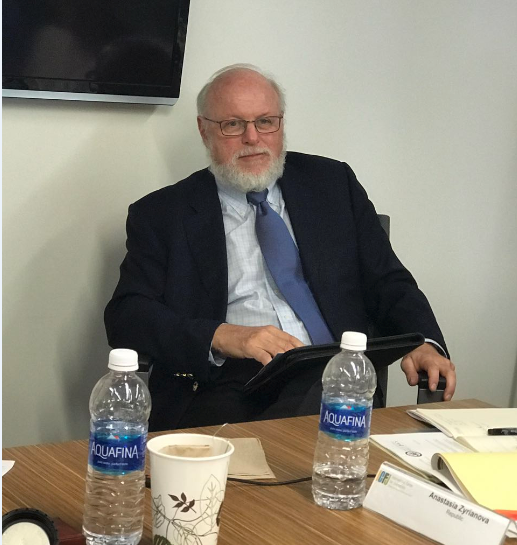 Jeffrey J. Schott joined the Peterson Institute for International Economics in 1983 and is a senior fellow working on international trade policy and economic sanctions.

On behalf of NBD reader, our correspondent asked Schott about the high anti-dumping duties imposed on steel and other goods of China.

NBD correspondent: I care about the trade barriers, especially the high anti-dumping duties imposed on steel and other goods. And How do you evaluate the Sino-US economic and trade relationship?

Jeffrey Schott: Well, again, that's a very big topic. On this specific issue of anti-dumping duties, the anti-dumping duties have been enforced against China and Chinese steel in particular for a long time. And they are very high and they lock most Chinese steel from being sold in the United States, 'cause they raise the prices on them. To some extent, the rules are fully consistent with the applications of World Trade Organization because the World Trade organization allows you to impose these price penalty duties against unfairly traded goods, goods priced less than their fair value. There's a long history of this.

But it's more complicated in the case of China. Because when China joined the World Trade Organization in 2001, it agreed to a rather discriminatory treatment for 15 years, particularly in this area, so that every other country could calculate these penalty duties in a way that disadvantages Chinese producers, more than they did when they calculate duties against unfairly traded goods from other countries. And the 15-year is up, and it ended in December. And the United States hasn't changed its policy and China has raised a complaint against the United States and the European Union in the World Trade Organization. China is taking a rather pragmatic approach, dealing with the Trump administration. It knows there are certain tools and trade policy that can be deployed against Chinese goods that are legal under the WTO and it also knows that some of the things Trump has been talking about would be illegal under the WTO. And they have said very clearly that for anything illegal, they would defend their rights under the legal processes, which is exactly what they should say and what we would say if they do the same thing to us.

And the other factor is that China has a trade surplus with the United States of 350 billion U.S. dollars. That's almost one-half of our total merchandise trade deficit. Just with China, 350 billion U.S. dollars. It's so big that it draws political attention. And it's not just the steel. 350-billion-dollar deficit means we were buying half-trillion-dollar goods from China and China was not buying a lot of goods from the United States. So what has been discussed in Florida was how can China buy more US goods and ways in which we can work together. So we can resolve some of our disputes including our steel, how to deal with this problem of overcapacity of global steel.