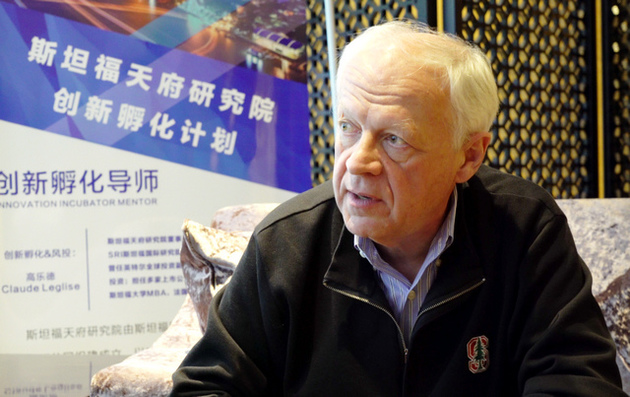 Claude Leglise, the executive director of the Center for Innovation Leadership at SRI International, told NBD Thursday in an exclusive interview that he thinks it is possible to create same things as Silicon Valley here in Chengdu, the capital of Southwest China's Sichuan province.

"There is knowledge so there are good people, there is money, can we create a culture of thinking big and creating big companies? I think it is possible", he said.

The SRI Global Innovation Chief, who received a master's degree in electrical engineering from École Nationale Supérieure d’Arts et Métiers, in Paris, France, an MBA from Stanford University in Palo Alto, California, and a Chinese Language Certificate from Peking University in Beijing, China, said the success of Silicon Valley lies in the presence of universities, such as Stanford university, University of California, Berkeley, San Francisco State University, with great concentration of very smart people; the presence of money because of a lot of venture capital investors, and good lawyers, good accounts to help.

"If you think about generally, university especially research universities create new knowledge, so they invent things, discover things, and so those discoveries and inventions are the fundamental building mark for new companies. So the university plays a role of seeding these companies. if there are no sources of new knowledge, it's difficult to invent".

He also highlighted that Silicon Valley is unique because of its culture where taking risks is accepted, which means that failure is accepted.

"So there are many people in Silicon Valley who start projects, those projects might work, might not work, it's OK, so there is a little bit magic in the culture. there are two other places in the world where this culture exists, Israel and some parts of China", he added. 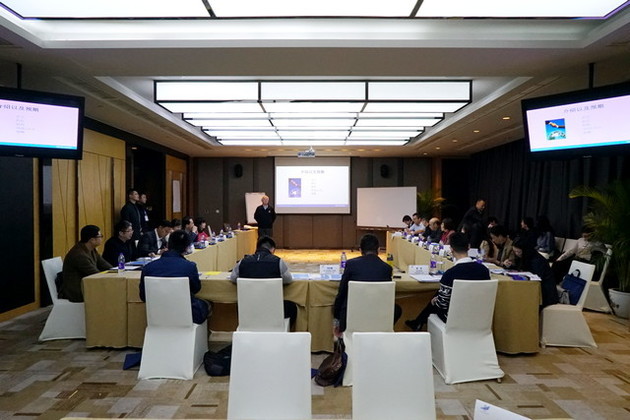 Mr. Leglise, also Chairman of Tianfu Innovation Institute (TFII), is in Chengdu for the initial incubation program of TFII since its establishment held starting from Thursday in the city.

The 6-month-long program, regarded as " a bridge between innovators and investors", is aimed at enhancing entrepreneurs' value propositions and coaching world-class companies. Some 12 teams out of more than one hundred project submissions were selected to take part in the program.

"The idea is where the team comes out of research environment, they have an idea, but typically based on science, it is not yet the business field, so the entire program of the Tianfu innovation Institute is designed to increase their level of readiness, to be invested, so we started with maybe sometimes only patent, and an idea, and we help them build a business plan progressively, step by step", said Mr. Leglise. 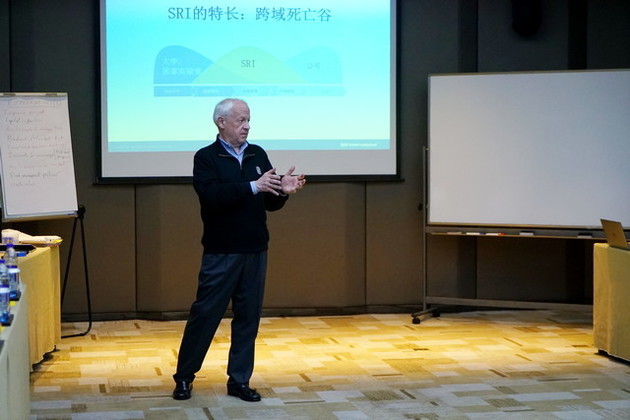 The chairman introduced that "the No. 1 criterion is their science and technology in this program, two is their team. Those are the two most important things to start".

Different from most incubators in Silicon Valley or in Japan or in China, which Mr. Leglise described as "real estate organizations" providing offices, air conditionings, broadband but not really teaching, he said the TFII program is really trying to encourage these teams to create companies that could sell products everywhere in the world.

"We are trying to increase the readiness of the project with classes, with mentors, coaching, homework. So we are doing two-day teaching, then they are going to have a six-week program, the homework I will give them tomorrow is to talk to 30 customers and understand their problem, understand if your solution they like, understand your competition. I don't guarantee at end they will all be receiving investment, but at least they will have main progress and have a story to tell an investor that make sense".

Mr. Leglise said "the TFNA government moves very quick" while snapping his fingers to match the speed. It is the high efficiency of the local government made TFII the first branch of SRI International in China.

"The local government offers a lot of things. Of course financial support, but also what we described as 'more support', they said this is a good idea you should do this, so when we go the university here we can say "see, the local government supports it", so that is intangible support but very important. Later on, I think when the company is get started, the government's policy will help the company directly. So I think that's very important".

The chairman said TFII has two missions. "One is helping Chengdu area scientists commercialize their ideas. The second one is bringing companies from Silicon Valley to Tianfu New Area. So it's the different project. We are starting to bring companies here to show them the opportunity in terms of market, in terms of human resources, engineers and scientists and business people and in terms of government policies that are favorable to the creation of these branches in China for Silicon Valley companies. The second part is just started. We have already brought 4 or 5 companies to explore this possibility".

Mr. Leglise, who spent 12 years in general management positions at Intel, raised that Chengdu Tribunal for Intellectual Property which commenced operation on March 1st in Tianfu New Area has assuaged the concern for American companies, particularly smaller companies of how to protect their intellectual property who doing business in China.

"It is helpful because IP law is a specialized domain, so having a tribunal, having judges to understand the aspect of the law is very helpful. So let's go to the technical level, I think that's also a signal to the world that China cares about IP protection, so that's very beneficial", he added. 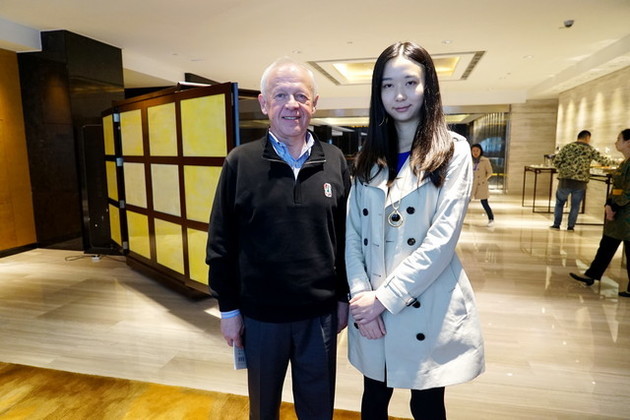 A recent study of hundreds of companies showed that men dominate the workforce at Silicon Valley start-ups to an even greater extent than in the biggest tech companies. Speaking of gender diversity,  Mr. Leglise said there is still a lot of progress to make.

"Taking SRI for example, about 30% of our researchers are women, so it's not 50 to 50, and I know Mao Zedong said women is half the sky, at SRI women only one-third of the sky. But it is a concern to make sure that people are treated the same way, equally. The truth in Silicon Valley or in the U.S. is that there are not many women who study for example computer science, many women who study medicine, law, not many in computer science. So even you are trying to have a balanced workforce, it is sometimes difficult to recruit.

"The other challenge is of course as people growing in the company, is there a reasonable distribution of men and women management? we have a lot of progress to make. It's not perfect. It's in our mind, men and women and also make sure there is no bias or no discrimination based on religion or background or anything", he said.