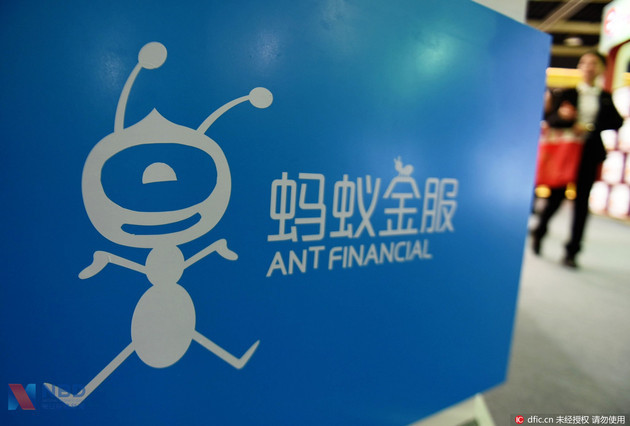 Acquaintance-based loan services is a new model created by Ant Financial for rural financing, in which it screens loan applicants with little or no conventional credit history by talking to their offline business partners, customers and even other people in the villages.

Ant Financial said the move accords with a company strategy to boost economic growth in rural areas and the Hangzhou-based internet finance major has set an ambitious goal to lend about one trillion yuan ($143.89 billion) to rural customers in the next three years.

Working with 100 leading agricultural enterprises, the company said it would offer payment, credit, insurance and other financial services in 1,000 counties in China over the next three years.

"Agriculture is in urgent need of a huge amount of investment. As progress moves forward in other industrial sectors, we should better support the development of agriculture," said Yuan.

Analysts said the initiative can be a turning point for the agricultural sector.

"There are huge opportunities for China's rural and agricultural development. And finance will play a substantial role in promoting the process," said Bei Duoguang, president of the Chinese Academy of Financial Inclusion at Renmin University of China.

"In the future we should not build a completely new financial system, but to help the current system to become a financial inclusion system," Bei added.

According to a white paper released by China's State Council Information Office in October, by the end of 2015, China still had 832 impoverished counties and the number of rural poor reached 55.75 million.

Qin Weiming, deputy director general of the department of finance at the Ministry of Agriculture, said that rural finance would help promote agricultural modernization.

"With the positive policy from the government and the enthusiasm of related organizations, it is the best time for all parties to reach a common consensus and then solve rural problems," Qin said.

In the past two years, the Ministry of Agriculture worked with Ant Financial to directly connect new farming operators with insurance institutions through an internet platform. They plan to add more functions to the system, such as providing agricultural policies.

The company also announced on Tuesday that it has become the second-largest shareholder of CFPA Microfinance Management Co Ltd, one of China's biggest microfinance players. And it will establish a joint venture company with China United Insurance Holding Co Ltd, providing integrated financial services for growers and cultivators at leading agriculture enterprises in the mainland.