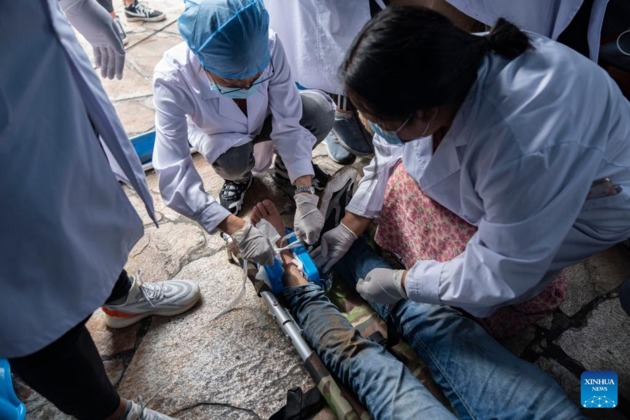 A total of 65 people have been killed in a 6.8-magnitude earthquake that jolted Luding County in southwest China's Sichuan Province on Monday, local authorities said Tuesday.

Thirty-seven people were killed in Ganzi Tibetan Autonomous Prefecture, and the other 28 died in Shimian County of Ya'an City.

Sichuan has activated the highest level of emergency response for the earthquake.