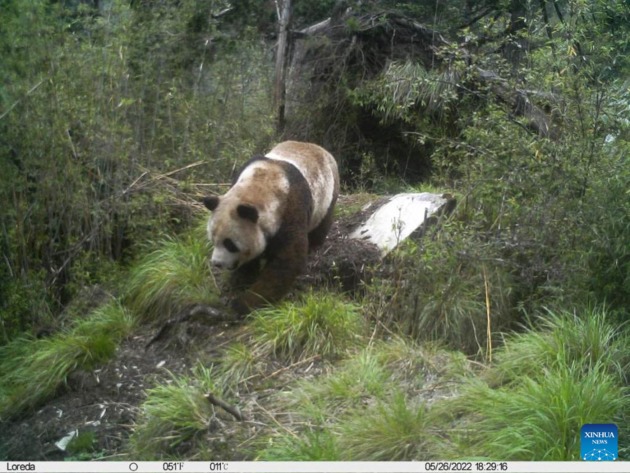 A wild giant panda was captured by an infrared camera several times in the Giant Panda National Park in southwest China's Sichuan Province.

From May 25 to 28 this year, the camera installed in the park's Tangjiahe area, at an altitude of around 2,900 meters, recorded video clips of the wild giant panda for four consecutive days.

The area where the panda was captured has many favorable conditions, including relatively stable temperatures and abundant food and water resources.

The national park's staffers said it is the same adult panda in the clips.

More than 400 infrared cameras have been installed in Tangjiahe over the past years, capturing many rare wild animals.