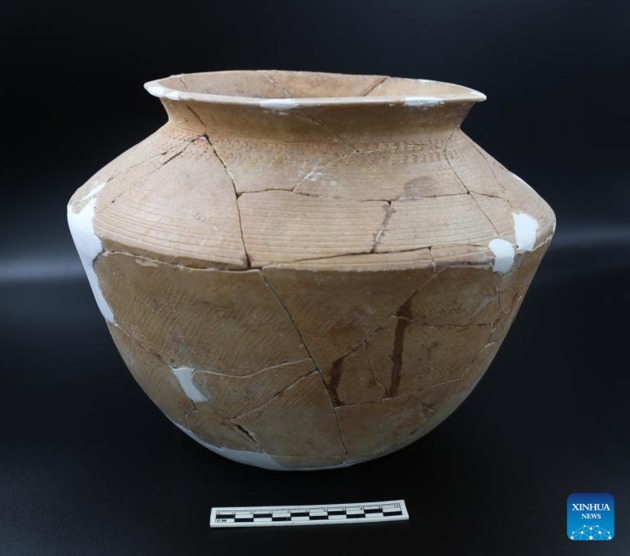 According to the Hunan provincial institute of cultural relics and archaeology, the Heiyuling tomb complex in Quzici Township, in the city of Miluo, spans tens of thousands of square meters.

Staff are conducting cleaning and repair work on more than 50 unearthed items, including pots and the fu, a kind of cauldron in ancient China, said Sheng Wei, a staff member at the institute.

The archaeological team also excavated two Shang Dynasty sites to the north of the tomb complex, and found pits, houses, kilns and other relics of the period, as well as pottery and stone tools.

The tomb complex is the first mass-burial site of the late Shang Dynasty in Hunan, representing a breakthrough in understanding the burial characteristics of the ancient people in the eastern part of the Dongting Lake, the second-largest freshwater lake in China, said Sheng.