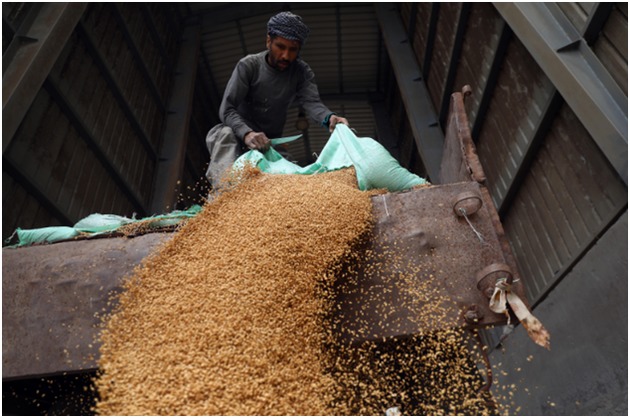 Recently, the news made the headline that thousands of Britain's fish and chip shops could close within a year due to rising prices of main ingredients imported from Ruassia and Ukraine. This again drew people's attention back to food security.

The risk of geopolitical conflicts is tipping up to 1.7 billion people (1/5 world population) - into poverty, destitution and hunger, said UN Secretary-General António Guterres in April. The head of the Food and Agriculture Organization of the United Nations also previously said that the human beings may be heading into the worst global food crisis since World War II.

It's noticed that since the beginning of this year, wheat futures prices have risen by more than 53%.

Concerned with food security, some countries started to restrict food exports. India recently announced a ban on wheat exports. As of May 23, a total of 25 countries have exerted food export restrictions.

The international community is thinking of ways to address the issue of food security. National Business Daily ("NBD") had a dialogue with Chris Barrett, agricultural and development economist at Cornell University and a member of the National Academy of Sciences of the U.S. so as to share some insights.

Photo/Food and Agriculture Organization of the United Nations

NBD: Overall, is the emerging global food issue a distribution/trade problem, or a production problem?

But it takes higher prices to elicit withdrawals from storage and trade to new markets. Plus, higher oil prices are inducing refiners to divert agricultural commodities from food processing and distribution channels into liquid fuel production, which drives prices higher still. And those higher oil prices increase the cost of transporting, processing and manufacturing food, which further aggravates food price inflation.

NBD: As prices of food commodities soar, are we going to see increased planting by major agricultural countries this year?

Chris Barrett: Absolutely, we already are. The acreage response in North America seems more in soy than in wheat or maize, for multiple reasons beyond just higher farmgate prices, in particular the added demand for biofuels feedstocks and fertilizer shortages.

NBD: Some least developed countries are also most dependent on importing food. What can the international community do to help?

NBD: More countries are imposing food export bans. Food prices are rising, when a stronger dollar is exacerbating it. Do we have any effective international mechanism or coordination to solve or at least alleviate these issues?

Chris Barrett: The WTO, unfortunately, lacks teeth as concerns export bans. That needs to be fixed, but can't be accomplished at present. Diplomatic pressure is the only feasible leverage point to keep global markets operating relatively freely, as is badly needed. Mainly we need flexible financing and generous humanitarian responses to address higher food prices, allowing the market to work to induce increased food production in response to those higher prices.

Chris Barrett: Export bans are terrible policy. As Kym Anderson has pointed out, they create a ‘standing up in the stadium problem'. Imagine sports fans in a stadium, watching an exciting match. A few fans decide to stand to get a better view. Of course, that makes it harder for those behind them to see, so they too stand. And they begin complaining vocally, which causes a distraction for those now standing and even those fans not (yet) standing. The end result is that almost all spectators are worse off, less able to enjoy the match despite exerting more effort. Export bans generate similar effects.