Across China: Behind animation adaption of Chinese award-winning sci-fi novel 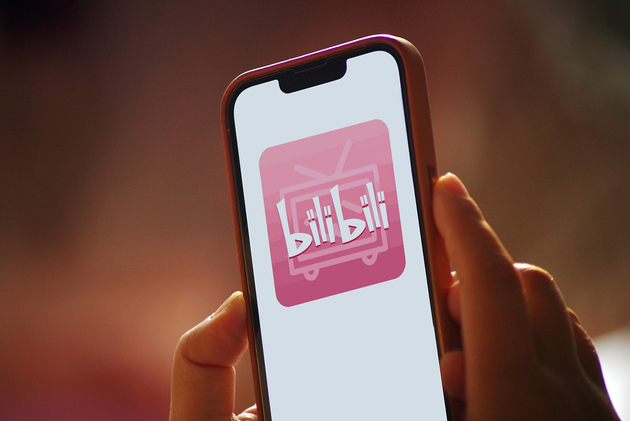 Sci-fi fans were delighted to see three trailers and a spacesuit design for the upcoming animated adaptation of the award-winning Chinese sci-fi novel "The Three-Body Problem" on Chinese video sharing and streaming platform Bilibili. The film is expected to release later this year.

Nicknamed the "B Site," Bilibili boasts over 100 million monthly active users. It is co-producing the animated movie with YHKT Entertainment and the Three-Body Universe (Shanghai).

Ruan Rui, founder of YHKT Entertainment based in Wuhan, capital of central China's Hubei Province, said he received a lot of feedback from viewers and expectations are high.

After being invited to work on the project four years ago, he was overwhelmed with both honor and pressure.

Born in 1982, Ruan is one of the first batch of professionals from China to major in animation, digital media art, game design and related fields. In 2015, Ruan set up a cultural company that focuses on competitive animation products.

Even at the early stages, the company produced many popular animated products, including "Incarnation," which attracted millions of fans.

The company has just completed several hundred million yuan of financing, with the latest valuation at nearly 2.5 billion yuan (about 372 million U.S. dollars).

In Ruan's office, there are several game consoles, a seventh-order Rubik's Cube and books placed on a wide desk. Against the wall, a glass cabinet is filled with an array of certificates and awards of his works. There is also a cat and a grand piano in the room.

Ruan said he himself is a long-time fan of Liu Cixin's Hugo Award-winning sci-fi novel, so he fully understands the challenge and significance of animating it.

"One of the difficulties is that the novel focuses on the cognition of the universe and the imagination between civilizations rather than a cinematic narration. In the process of film production, the team should first consider whether the animated drama conforms to the tonality of the book and offers the audience a sense of realism," said Ruan.

However, the challenge has sparked the interest of seasoned animation production professionals across China. Ruan said that his workforce has grown significantly from just over 100 to nearly 500, with most newcomers working on screenwriting and production.

Cai Mingliang, a concept artist, leads a team of nearly 30 people to create images for the animation's characters, creatures and environment.

"We hope to make the viewers feel satisfied while giving them some surprises," he said.

For Cai, the starting point of creation is to think deeply and learn how to better visually present the environment, social functions and world outlook in the novel. He tells his colleagues that when drawing the image of a forest, a concept artist should work as a natural scientist, researching information including the species of plants, the longitude and latitude of where they grow.

"Animation, as an image art form, is especially suitable for presenting science fiction content. I look forward to seeing the adaptation go beyond my imagination," said the book author Liu.

"The ultimate connotation of 'The Three-Body Problem' is to think about the future of mankind," said Ruan.