After 40 years we still don’t have HIV vaccines. Will mRNA be a game changer?

Jan. 6 (NBD) -- In 1984, after announcing that HIV is the cause of the mysterious disease AIDS first reported three years earlier, Margaret Heckler, the then US Secretary of Health and Human Services, famously predicted that a vaccine against this virus would be developed within two years.

In contrast, it took only 11 months for two COVID-19 vaccines to complete designing, testing and emergency approval. The phenomenal speed is largely due to a biological technology called mRNA.

The name is short for messenger RNA, which can send instructions to the human body to make desired proteins and then trigger immune responses.

The potential of mRNA extends far beyond COVID-19, and scientists have already begun exploring vaccines against HIV and malaria, as well as cancer treatment with this promising technology.

"The rapid and successful implementation of Covid-19 mRNA vaccines has illustrated how efficient and practical mRNA vaccines can be. I don’t see why this should be different for HIV," Dr. Paolo Lusso, chief of the Viral Pathogenesis Section at The National Institute of Allergy and Infectious Diseases (NIAID) of the United States, said to National Business Daily (NBD). 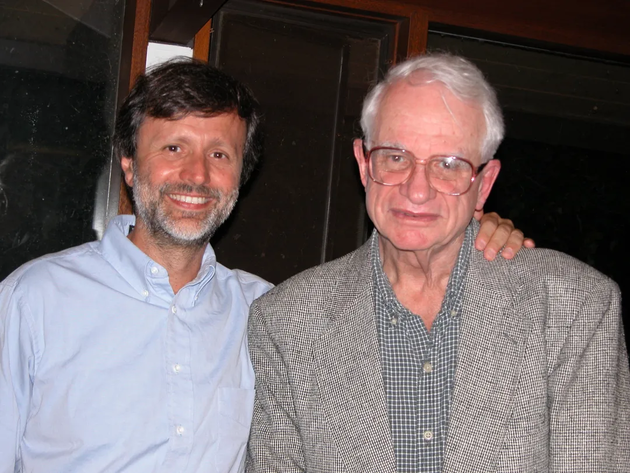 On December 9, 2021, a study led by Dr. Lusso and Dr. Anthony Fauci, director of NIAID, showed that monkeys receiving an experimental HIV vaccine based on mRNA had a 79% lower per-exposure risk of infection by a HIV-like virus. The team intends to conduct Phase-I clinical trial on this vaccine as early as the fourth quarter of 2022.

Another mRNA HIV vaccine already started recruiting volunteers for a Phase-I clinical trial in August, 2021. The trial is conducted by parties including the non-profit organization International AIDS Vaccine Initiative (IAVI) and Moderna, the company that developed one of the two major mRNA Covid-19 vaccines.

Dr. Dagna Laufer, Vice President and Head of Clinical Development of IAVI, told NBD that she expects the results of Phase-I trial to come out in 2023, and follow-on studies will be carried out should the results show promise.

The two trials are encouraging, but why exactly is mRNA good at preventing HIV, and what are the challenges ahead? NBD talked to Dr. Lusso and Dr. Laufer for detailed answers. 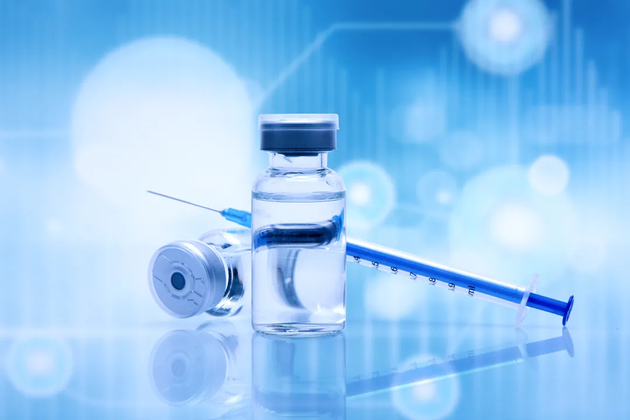 NBD: The development of HIV Vaccines is difficult and full of failure. What are the reasons that we can be optimistic about mRNA-based vaccines?

Paolo Lusso: Unlike Covid-19, which is a relatively "simple" virus to block even with conventional vaccines, HIV poses a totally different level of challenge for vaccine development because it is a true master of transformation, camouflage and escape from immune control. This is why, 40 years into the HIV/AIDS pandemic, we still do not have a vaccine.

However, mRNA vaccines offer a unique advantage over conventional vaccines for HIV because with mRNA the vaccine is not manufactured outside the body, but it is the body itself that becomes the vaccine "factory".

Why is this important? Because the body can manufacture the envelope proteins of HIV ("Env", the only viral component that can induce protective neutralizing antibodies) in "flesh and bones" rather than making a synthetic look-alike model.

The HIV Env proteins have a very complex structure, which is dependent on some special "decorations" added by the producer cells, like sugars (we call it "glycosylation"). If you produce Env in the lab or in the industry using cell lines, these features will be quite different from the original and the immune system will likely be unable to produce protective antibodies in response.

In contrast, if Env is produced inside the body, it will look exactly like the real Env that is present on the real-life virus that the body needs to fight. In addition, mRNA permits the expression of the complete Env proteins, with their "roots" implanted into the viral membrane, which is also important to preserve its native structure and induce protective antibodies.

Dagna Laufer: The mRNA technology for vaccines has been in development for many years, but before COVID-19 it had never been evaluated in large-scale efficacy trials. The application of mRNA to COVID-19 vaccines has demonstrated that this platform technology is safe and well tolerated in humans and is able to stimulate a very effective immune response in humans to the spike protein, which is the main target for antibodies that neutralize SARS-CoV-2.

The use of this platform in COVID-19 has also demonstrated that mRNA vaccines can be produced quickly and at large scale.

So, in short, the development of mRNA vaccines for COVID-19 has shown us this technology is safe and well tolerated, able to be produced quickly and at large scale, and very effective for prevention of serious COVID-19. We hope that the first two of these characteristics will translate to use of the technology for HIV vaccines.

Still, there are unique challenges to developing an effective HIV vaccine, and we don't expect that any of those intrinsic difficulties will be solved specifically with the mRNA technology. Rather, these challenges will be solved by advances in the fields of HIV immunology and vaccinology.

NBD: What are the next step for the ongoing experiments of the vaccine candidates? What progress can we expect in 2022?

Paolo Lusso: We have started to make plans for a first clinical study, a Phase-I trial that will enroll a relatively small number of healthy volunteers with the aim of testing the vaccine safety and immunogenicity in humans. This Phase-I trial could start as early as the 4th quarter of 2022.

In the meantime, we are completing a second pre-clinical study in nonhuman primates, with the support of the Gates Foundation, which will tell us what vaccine formulation is more effective for inducing the best protection.

By the way, in monkeys the vaccine was extremely safe despite the use of very high doses of mRNA.

Dagna Laufer: The vaccine antigens being evaluated in IAVI G002 (NCT05001373) are designed to be part of a multi-step vaccination regimen that will stimulate an immune response to neutralize, or block, HIV. On their own, they will not lead to this outcome. But, if this early stage trial is successful, we will see evidence that the vaccine antigens have efficiently stimulated production of rare immune cells needed to start the process of generating broadly neutralizing antibodies. We expect results from IAVI G002 in 2023. Follow-on studies will be needed, if this trial is successful, to evaluate a multi-step vaccination regimen. 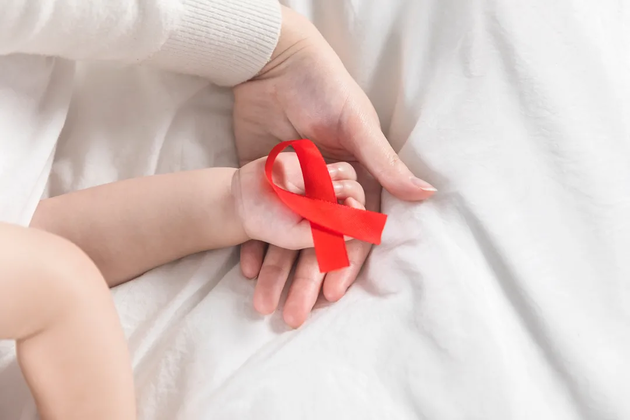 Obstacles along the way towards effective mRNA HIV vaccines

NBD: What are the key difficulties to eventually make effective mRNA HIV vaccines?

Paolo Lusso: The major challenges remain scientific. The rapid and successful implementation of Covid-19 mRNA vaccines has illustrated how efficient and practical mRNA vaccines can be. I don’t see why this should be different for HIV, except that we will need to use mRNAs for multiple Envs (not just one like the SARS CoV-2 Spike).

This is because the immune system needs to see several different variants of the virus (either together or in a sequence) in order to focus the antibody responses on "shared" regions of the Env, that are our primary vaccine target being present on the majority of HIV strains. So the vaccine will be broadly effective and produce "broadly neutralizing antibodies" against most of the variants that circulate around the world.

As for the scientific challenges, although our results are promising and constitute a big step forward, the finish line is still far away.

In monkeys, we needed many sequential vaccine boosters (at least 6!) to start to see the production of broadly neutralizing antibodies, and they were still at low titers.

In humans we don't know yet, but most likely it will be the same. This is exactly what happens in nature: there are some HIV-infected individuals who develop broadly neutralizing antibodies at some point after they get infected, but never before months or sometimes years of continuous virus replication in their body.

Since broadly neutralizing antibodies are so difficult to generate, the immune system needs to see the virus day in and day out for a very long time in order to refine these antibodies and make them effective (we call this "affinity maturation").

Will it be practical to perform 6 or more boosts in the human population?  Certainly not. Thus, we need to make the process more efficient and hopefully be able to achieve the same result with a smaller number of boosts (maybe 4?). But this requires more work and more breakthroughs. Needless to say, we are working on it.

Dagna Laufer: Key difficulties are those that have impeded success to date with HIV vaccines, and these are related to the nature of the virus and not the vaccine platform.

An effective HIV vaccine must be able to block the many circulating strains of HIV. HIV is extremely variable, not only globally but within infected individuals themselves – it's almost as if HIV is not a single virus but millions of different viruses.

By comparison, COVID-19 has relatively few variants and is structurally less complex than HIV, and so developing a vaccine has been much faster and comparatively easier.

Additionally, with the exception of a very few rare cases, we do not have a model of natural recovery and immunity to HIV to build from – with most infectious diseases, people who acquire the disease eventually recover and then are very often protected from reinfection. There are no documented cases of a person living with HIV developing an immune response that cleared the infection, and so there is no model for naturally immunity to emulate.