Chinese astronauts to give space lecture on Dec. 9 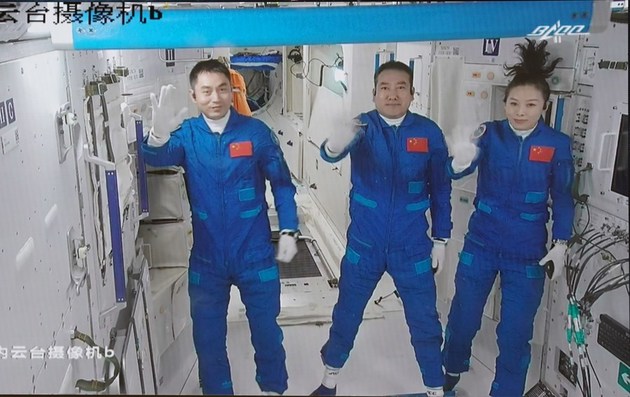 A special lecture will begin at 3:40 p.m. (Beijing Time) on Thursday, given by the three Shenzhou-13 crew members aboard China's space station, the China Manned Space Agency (CMSA) announced on Monday.

The three astronauts, namely Zhai Zhigang, Wang Yaping and Ye Guangfu, will interact with students on Earth. The primary ground classroom will be at the China Science and Technology Museum. Classrooms will also be set up in Nanning of south China's Guangxi Zhuang Autonomous Region, Wenchuan County of Sichuan Province, Hong Kong and Macao, said the CMSA.

The astronauts will introduce and display their living and working scenes in the Chinese space station. They will also demonstrate projects like cytological experiments, the motion of objects and the surface tension of liquids in the microgravity environment. They will have real-time interaction with the ground classrooms to spread the knowledge of crewed spaceflight and inspire young people.

In June 2013, Chinese female astronaut Wang Yaping, assisted by the other two crew members aboard the Shenzhou-10 spacecraft, delivered the country's first space lecture to over 60 million schoolchildren across China via live video streaming.