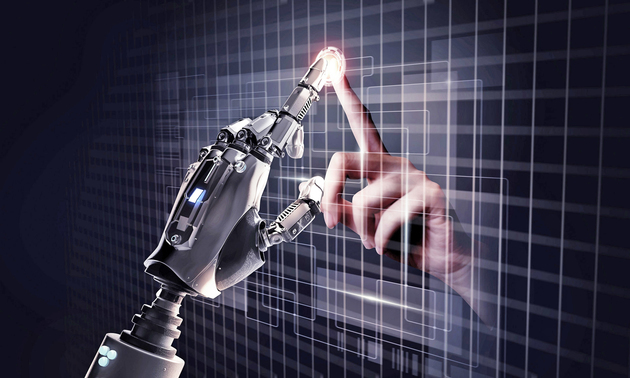 -- At two events held in China's Chongqing this week, the digital economy has taken center stage and opened up new possibilities for international cooperation as it is becoming ubiquitous in modern life.

-- While evolving into a new driver powering economic growth, the digital economy has helped many countries deepen international cooperation in more fields.

From big data, cloud computing and the Internet of Things to blockchain, 5G and artificial intelligence (AI), the digital economy is the talk of the town in southwest China's Chongqing Municipality.

At the Smart China Expo 2021 and the China-Shanghai Cooperation Organization (SCO) Forum on the Digital Economy Industry, both held in Chongqing this week, the digital economy has taken center stage and opened up new possibilities for international cooperation as it is becoming ubiquitous in modern life.

A total of 92 projects worth a total of 250 billion yuan (about 38.62 billion U.S. dollars) were signed at the expo on Monday, demonstrating the vitality of the digital economy.

The three-day expo, which concluded on Wednesday, saw the display of a wide range of cutting-edge technologies and applications, including a cloud-computing processor the size of a business card, an AI machine that can grade homework and tests, and smart home technologies that allow users to voice-control heaters and floor-cleaning robots through WeChat.

A capsule robot capable of performing gastrointestinal endoscopy procedures through automated navigation caught the attention of many visitors.

With the help of AI, the capsule robot developed by Chongqing Jinshan Science & Technology (Group) Co., Ltd. can navigate its way around the stomach along pre-planned routes and perform medical examinations in a painless and non-intrusive way, according to expo staffer Liu Siyu.

"We see great roles that smart technology plays in various sectors whether it is AI, education, health, climate change, and agriculture, etc., in the past two years when the world has been under COVID-19," British Trade Commissioner for China John Edwards said in a recent interview with Xinhua.

In the Russian exhibition hall, the kokoshnik, a traditional Russian headdress, wowed many visitors with its exquisite craftsmanship.

Russian kokoshnik craftsman Juhann Nikadimus had long sought to revive the traditional handicraft, but was often thwarted by the difficulty of acquiring expensive brocades, pearls and other materials in Russia. His problems were solved after he sourced the materials on AliExpress, a global online retail marketplace.

"Chinese brocades are very similar to the materials used historically in Russia in terms of texture and quality, and they cost only a fraction," Nikadimus said.

The scale of China's digital economy hit 39.2 trillion yuan in 2020, accounting for 38.6 percent of the country's GDP, according to a white paper recently released by the China Academy of Information and Communications Technology.

While evolving into a new driver powering economic growth, the digital economy has helped many countries deepen international cooperation in more fields.

"We stand firm in our commitment to opening-up and cooperation, and will continue to expand new space and share development opportunities of the digital economy," said Xiao Yaqing, China's minister of industry and information technology, when addressing the opening ceremony on Monday.

"The possibilities offered by the digital revolution are cross-cutting and limited only by our imagination," said Singapore's Minister of Communications and Information and Second Minister for Home Affairs Josephine Teo via video link. "Only by working together can we fully unlock the potential of digital technologies."