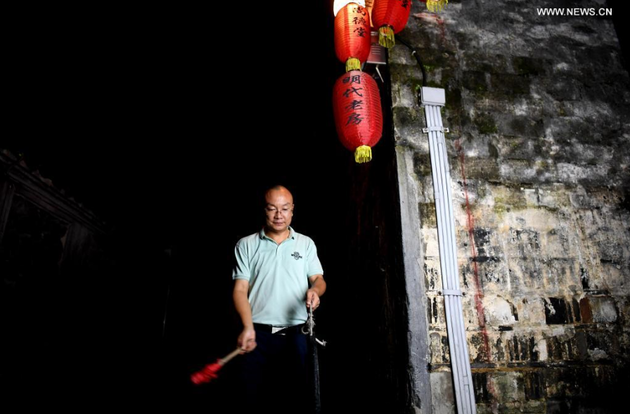 Lu, a post-80s man, has been a night watchman as a substitute for his father, a member of Xidi's "dageng" team, in the ancient village loved by many for its picturesque scenery. Lu works at a tourism company in the county seat of Yixian during the day and returns home in Xidi after work. Xidi ancient village was built nearly 1,000 years ago.

The village is home to 224 well-preserved Hui-style ancient wooden dwellings, and that makes fire prevention a top priority. Patrolling a familiar street with historic wooden houses on both sides, Lu sounds out the hours with his gong to remind villagers of the time and to warn against fire.

"Dageng" has a long history in Xidi. Traditionally, people measured time based on the position of the sun in the sky during the day, and relied on a night watchman to sound the hours at night. In 1996, the ancient village reestablished the dageng team.