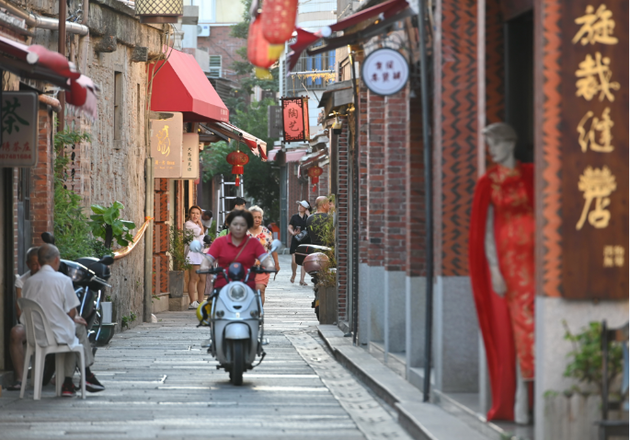 Located on narrow plains along the coastline of Fujian, Quanzhou was one of the world's largest ports along the historic Maritime Silk Road, particularly in ancient China's Song Dynasty (960-1279) and Yuan Dynasty (1271-1368).

The serial property includes 22 sites of administrative buildings and structures, religious buildings, and statues. The property witnessed multi-cultural communities, cultural memorial sites and monuments, the production of ceramics and iron, and a transportation network formed of bridges, docks and pagodas that guided voyagers.

"It reflects greatly the spatial structure that combined production, transportation and marketing. It demonstrates the key institutional, social and cultural factors that contributed to the spectacular rise and prosperity of Quanzhou as a maritime hub of the East and Southeast Asia trade network during the 10th to 14th centuries AD," said a report by the International Council on Monuments and Sites (ICOMOS), the committee's official advisory body.

It is the second time the city has applied for the prestigious title. In 2018, China's nomination "Historic Monuments and Sites of Ancient Quanzhou (Zayton)" was referred back for a second chance when the committee met in Bahrain in 2018.

China made significant technical adjustments and resubmitted the application as "Quanzhou: Emporium of the World in Song-Yuan China," with the former 16 sites included in the serial nomination expanded to 22 sites, according to Zhang Lei. Zhang is head of the world cultural heritage department under China's National Cultural Heritage Administration and made the remarks at a press conference held earlier this month.