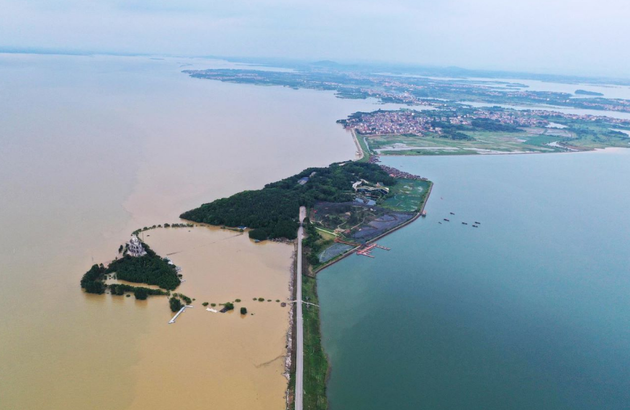 China's Ministry of Water Resources on Sunday urged flood-prevention efforts in the northeast of the country and heavy-rainfall preparedness in the south after continuous rainfall caused some rivers to swell above alert levels.

A total of 21 rivers in areas including Heilongjiang, Jiangsu, Zhejiang and Sichuan provinces and the Inner Mongolia Autonomous Region have seen alert levels breached, according to the ministry.

The main streams of the Heilongjiang and Nenjiang rivers are expected to see obvious floods, it added.

Heavy rainfall will hit parts of China's southern region from Monday to Thursday, bringing above-alert-level floods in some small and medium-sized rivers in areas struck by rainstorms, meteorological data shows.

The ministry urged special flood-prevention efforts in these areas, emphasizing dike inspection and reinforcement, personnel relocation, as well as water regulation at reservoirs.