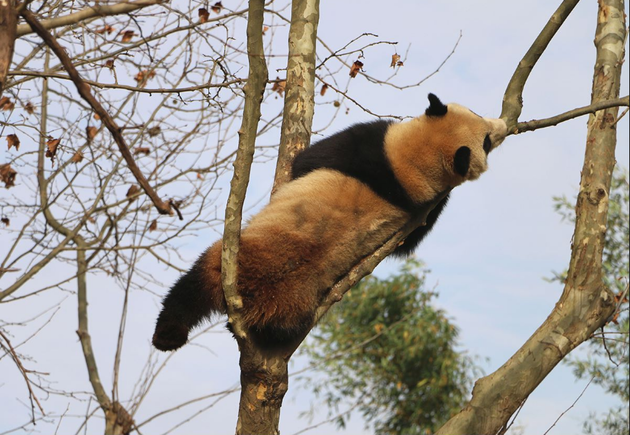 A giant panda was released into the wild on Thursday in the Foping National Nature Reserve in northwest China's Shaanxi Province, after being rescued last year.

On Dec. 7, 2020, protection station staff of the nature reserve found an injured wild giant panda while patrolling the area. A wound on the female panda's shoulder blade was found to have festered.

The staff members carried the panda back to the station for treatment. It was later named "Tangtang" after the surname of the veterinarian at the station.

On Jan. 19 this year, Tangtang was transferred to the Qinling Giant Panda Research Center for further treatment.

The panda was released into the wild after wildlife experts conducted a thorough physical examination and evaluated her survival ability in the wild, according to the reserve administration.

Tangtang was fitted with a satellite collar before release through which its living condition in the wild can be monitored.

Ding Haihua, director of the reserve's administration bureau, said that the staff members had rescued Tangtang after overcoming many challenges such as complex environments and poor medical conditions, which is rare in the history of giant panda rescue in China and provides valuable experience for the protection and rescue of wild giant pandas.