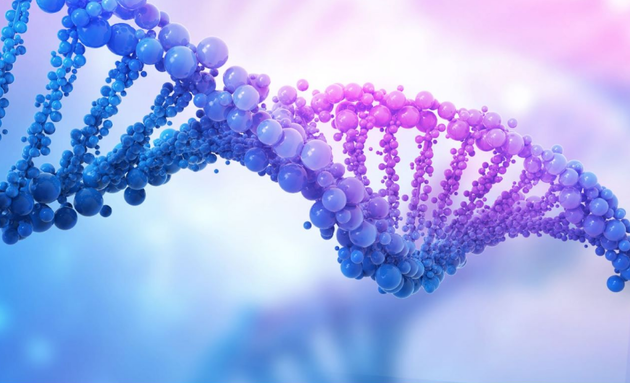 Chinese researchers have been exploring ways of using DNA origami to build structures that can be engineered to intricate nanodevices.

In 2006, scientists found a way to make all sorts of tiny shapes out of DNA. The technique is called DNA origami.

DNA constitutes four types of chemical bases, which always pair up in the same way until the two strands line up to form a double helix.

Because DNA bases will naturally seek out their counterpart, all a scientist needs to do is design a blueprint for a DNA origami structure. It mainly involves a long, single strand of DNA called a scaffold and multiple tiny pieces of DNA called staple strands.

As bases of the staple strands automatically bond to the bases on the scaffold, they fold the scaffold into a certain shape.

The first DNA origami creations were flat in shape, ranging from squares to smiley faces. Three-dimensional structures and more complex ones were developed like a box made from DNA that can open to release drug molecules.

In a new study published in Nature Materials, researchers from China's National Center for Nanoscience and Technology presented a nanodevice vaccine based on DNA origami.

The vaccine is a tubular DNA origami structure with antigens and adjuvants assembled inside. Adjuvants are substances that, when mixed with an antigen, help create a stronger immune response.

Outside the tubular structure, the vaccine also has a "lock" made from DNA strands which can act as a sensor to make sure the antigens and adjuvants are released in the right place.

Results showed that the DNA nanodevice vaccine triggered strong immune responses and brought tumor regression in mice with cancer. It can also generate long-term immune responses to protect the mice against tumor recurrence.

DNA origami enables scientists to use DNA strands as versatile building blocks to engineer complex nanoscale structures and devices. But it has been challenging to assemble larger sized nanostructures with the technology.

In another study published in Nature Chemistry, researchers from Shanghai Jiaotong University and Arizona State University in the United States developed a strategy called meta-DNA structures that allows submicrometer to micrometer-sized DNA structures to self-assemble in a way similar to staple strands at the nanoscale level.

The new micron-sized structures are on the order of the width of a human hair which is 1,000 times larger than the original DNA nanostructures.

With meta-DNA structures, the researchers were able to build a series of sub-micrometer or micron-scale DNA structures from flat to three-dimensional with a wide variety of geometric shapes, including tetrahedrons, octahedrons, prisms, and six types of closely packed lattices.

According to researchers, the meta-DNA structure strategy is expected to transform DNA nanotechnology from the nanometer to the microscopic scale. It can be used to create a range of complex static and dynamic structures in the sub-micrometer and micron-scale that will enable many new applications, such as more complicated circuits and molecular motors.