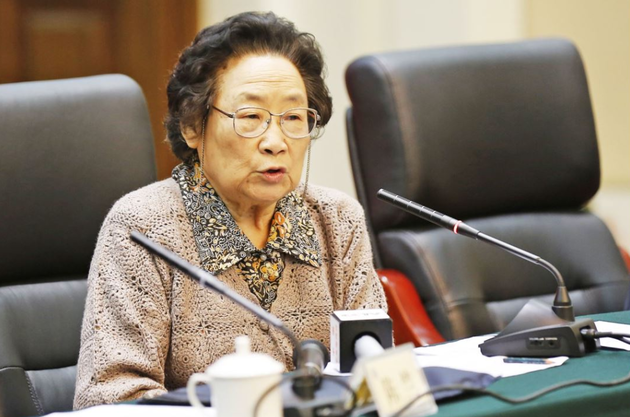 Chinese Nobel laureate Tu Youyou has been awarded the UNESCO-Equatorial Guinea International Prize for Research in the Life Sciences for her research into parasitic diseases.

At ceremony held on Monday as a side event of the ongoing 33rd African Union (AU) summit in Ethiopia's capital Addis Ababa, two other scientists, namely Prof. Cato Laurencin (USA) and Prof. Kevin McGuigan (Ireland) have also been awarded the prize.

As the winner of the 2015 Nobel Prize in Physiology or Medicine, Prof. Tu Youyou of the China Academy of Chinese Medical Sciences, discovered an entirely new anti-malarial treatment, artemisinin, which made possible the treatment of thousands of patients in China in the 1980s.

Since the turn of the century, the World Health Organization (WHO) has been recommending artemisinin-based combination therapies as the first-line treatment for malaria; and these combination treatments have saved 6.2 million lives reducing malaria mortality in Africa by 66 percent, and by 71 percent among children under 5 years of age.

Speaking at the awarding ceremony at the AU headquarters in Addis Ababa, Audrey Azoulay, the Director-General of UNESCO, has hailed the contribution of Tu Youyou to lives of humanity.

"Professor Tu has not been able to be with us, who we would like to greet is also an exceptional woman. Her work is revolutionary; she used traditional Chinese remedy at the manuscript of a 12th century in order to provide a new treatment for malaria," the Director-General has noted.

"She is among the ones who have received the Nobel Prize; she has used indigenous knowledge and we are very proud in UNESCO because we have specific program which is very ambitious in order to develop the position of women in sciences," she said.

With its fifth edition now, the UNESCO-Equatorial Guinea International Prize for Research in the Life Sciences rewards outstanding scientific research projects in the life sciences that have led to an improvement in the quality of human life.