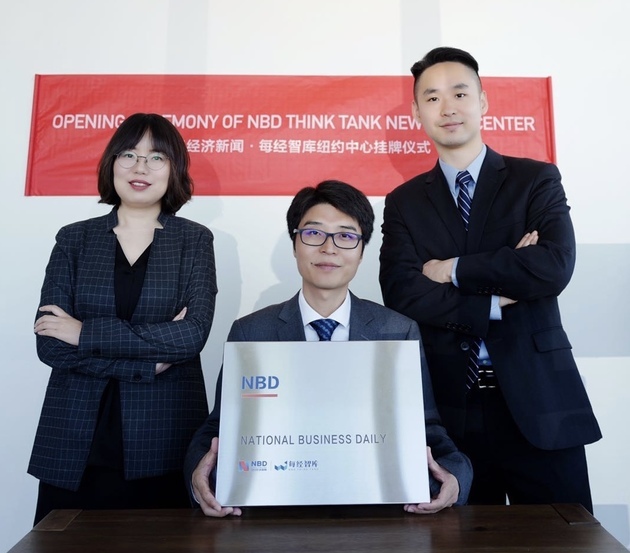 Speaking at the opening ceremony, Cong Feng, director of the Information Office of Chengdu, said that looking around the world, every international metropolis has at least one international financial media agency. Last year, NBD announced opening of its west U.S. office in Silicon Valley, and now the first international center of NBD Think Tank. This demonstrates NBD's ambition and confidence in making itself a global media outlet and is of significant importance to the international development of the city and media agencies.

Cong expects NBD Think Tank to play a role as an "adviser" and to provide more quality research reports for Chengdu's development by harnessing international metropolis' advantages in philosophies, experience, resources and geography. 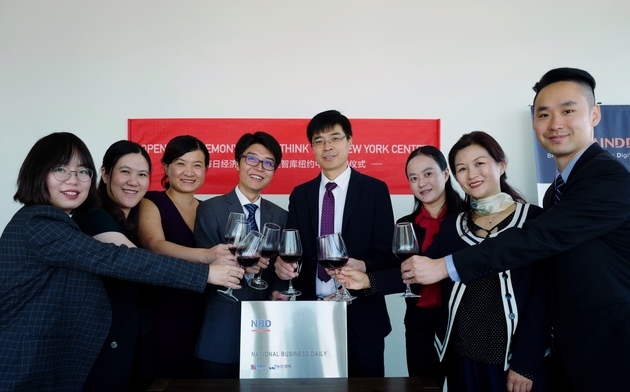 Ever since 2008, NBD has been exploring the development of media integration and has become an omni-media platform from a newspaper, taking root in China and establishing presence around the globe. To date, NBD boasts 60 million users from 205 countries and regions worldwide.

Eyeing the future, NBD is devoted to building itself into China's leading financial omni-media platform with international influence. In such efforts, "NBD Think Tank" takes up the heavy responsibility to delve into the sustainable development path of "Media + Think Tank", so as to make contributions to high-quality development in a more diversified manner.

The establishment of the New York Center marks a substantial step of NBD Think Tank's internationalization. 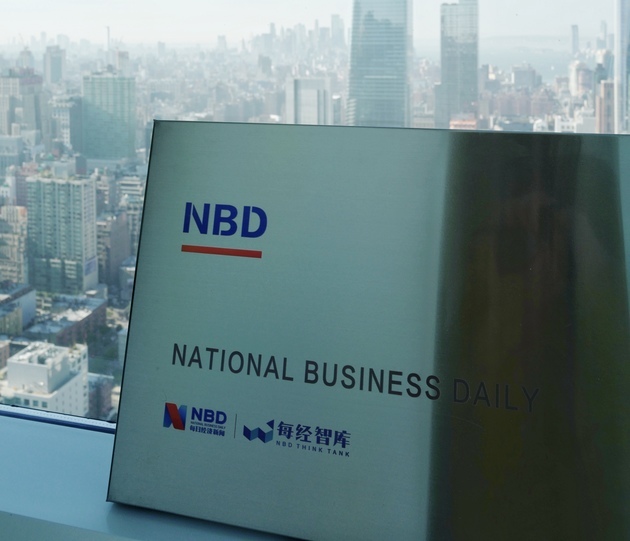 As the biggest city of the U.S. and a top-notch metropolis, New York boasts powerful influence in economy, finance, media, education, and fashion, among other things. Prestigious universities like Columbia University and New York University sit in the city. Setting up its first international center in New York reflects the ambition and confidence of NBD Think Tank.

New York is the just the beginning. People-in-charge revealed that NBD Think Tank will build more international centers in selected cities in Asia, Europe, the Americas, and Oceania. It aims to have in-depth cooperation with top international think tanks and universities, and invite more top experts to build an internationally first-rate "expert pool".

Moreover, NBD Think Tank hopes to learn from the experience of international think tanks in development and management via wide-raging exchanges, and comprehensively improve its ability and experience in participating in issues like global governance, public diplomacy, economic and trade cooperation, and cultural communication.

NBD Think Tank aims to be a professional high-end think tank with distinctive features and innovative mechanism that leads the development in the segment, and will thus strengthen its participation in global issues, the building of discourse systems as well as the global influence, so as to be the leader of innovative global think tanks in a new era, noted the person-in-charge.

Since the beginning of 2019, NBD has embarked on a journey of transforming into smart media while embracing internationalization, by integrating media, think tank and financial big data with the help of technologies. In the future, NBD will endeavor to shape a new eco-system for financial media, and evolve into a leading sci-tech media firm from an advantaged traditional media firm. 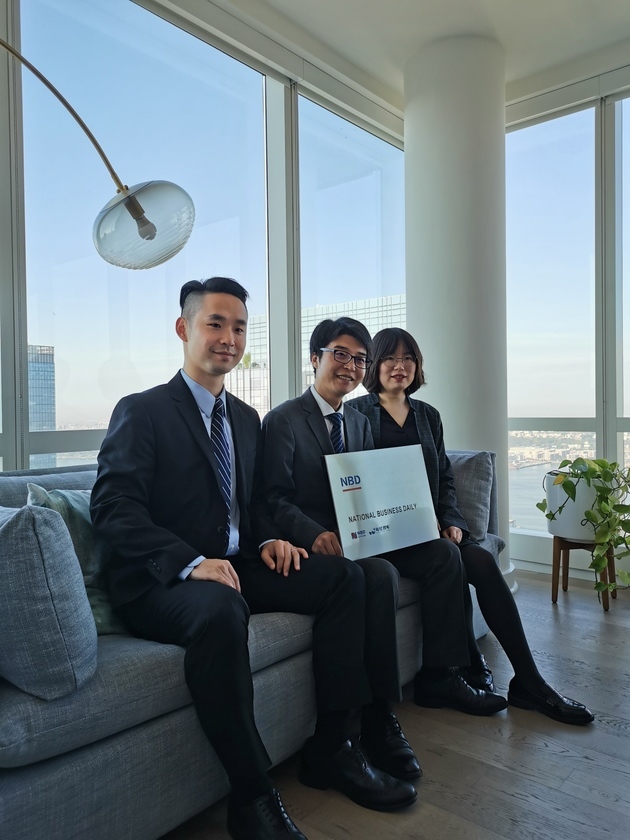 Looking back to 10-year-development, NBD originated in Chengdu and has become one of the most influential, the most authoritative and the most credible financial media by means of actively embracing technology and the world, constantly updating philosophy, and venturing into more fields. NBD's Weibo account currently ranks No.1 among China's financial media on the Twitter-like platform and it is rated as a successful representative of all media in Chengdu in the implementation of "going out" strategy.

Taking the whole world in view, there sees a rising mainstream financial media behind an international metropolis which represents the economic strength and core competitiveness of the city. There is Wall Street Journal in New York, Financial Times in London and NBD is expected to be the signature of Chengdu.

Located in southwestern China, Chengdu gained her name for fast development in history, which takes only one year to form a village, two years a town, and three years a city. For over 2,300 years, her name and site remain unchanged. The city, renowned for a land of abundance and leisure lifestyle, renewed her goal at the new era, trying to turn herself into a sustainable city in the mid of the century by phases.

In July last year, NBD announced its first overseas office located in Silicon Valley in the Western United States, marking not only a crucial step for NBD's internationalization, but also an important move to lead Chengdu to the world. Now, after one year of preparation, the New York Center of NBD Think Tank begins operation, which offers a new channel for Chengdu to learn experience from New York and enhance exchanges between the two cities.

NBD is taking actions to expand the strength along with Chengdu, fulfilling the aspiration and mission of "growing together" with the city.