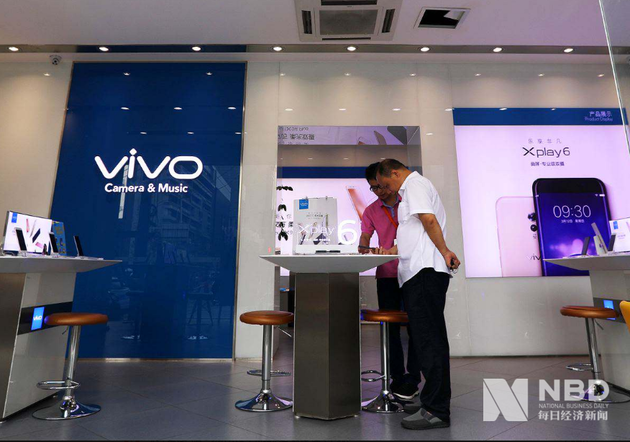 Chinese smartphone maker Vivo is stepping up development of 5G handsets by rolling out two smartphones capable of operating on the superfast wireless technology in less than one month.

The company Monday unveiled the 5G and 4G versions of NEX 3, the latest product of its premium NEX series, about 25 days after the rollout of its first 5G smartphone iQOO Pro.

The flagship 5G smartphone is powered by Qualcomm's Snapdragon 855 Plus, and features a 6.89-inch "waterfall fullview" display, a 64-megapixel main camera and a 4,500 mAh battery to meet 5G power demands.

Priced from 5,698 yuan (about 806.4 U.S. dollars), NEX 3's 5G version is equipped with the company's latest antenna and artificial intelligence technologies and can support the 5G networks of the country's top three telecom operators.

Smart functions, powerful cameras and 5G compatibility have become emerging battlefields for smartphone players in China as the market is seeing a slowdown due to almost saturated handset penetration.

Smartphone makers including ZTE, Huawei and Samsung have rolled out 5G handsets in China after the government greenlighted 5G commercial use in June. Dongguan-based Vivo said it has applied for over 2,000 5G patents and is also conducting research and development of 6G technology.

China's smartphone shipments fell 4 percent from a year ago in the first eight months of this year to 240 million units, including 291,000 5G handsets, while nine 5G handsets were released during this period, according to the China Academy of Information and Communications Technology.

China is expected to be the largest 5G smartphone market, with 5G phone sales potentially hitting 80 million in 2020, according to a report by market intelligence firm Strategy Analytics.