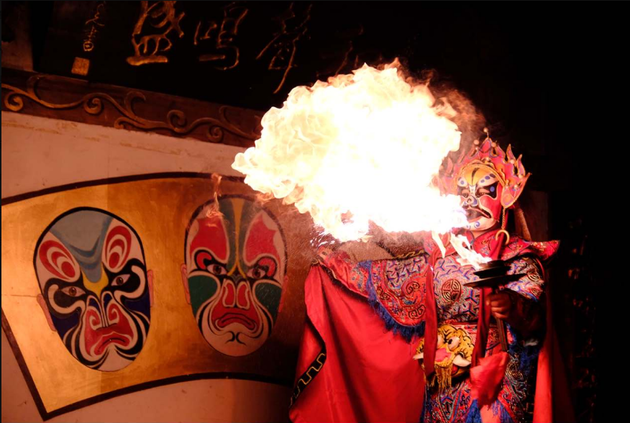 The seventh International Festival of the Intangible Cultural Heritage will be held in Chengdu, capital of southwest China's Sichuan Province, from Oct. 17 to 22.

The festival will be jointly organized by the Ministry of Culture and Tourism (MCT), the government of Sichuan Province, the United Nations Educational, Scientific and Cultural Organization (UNESCO) and the National Commission of China for UNESCO, the MCT said at a press conference Tuesday.

The festival will kick off with an art performance during the opening ceremony and feature an international forum on intangible cultural heritage as well as other supporting activities, said Zhao Hongchuan, an official with Sichuan provincial department of culture and tourism, at the press conference.

Participants from nearly 100 countries and regions will attend the festival.

Initiated in 2007, the biennial event aims at promoting the preservation of intangible cultural heritage and has attracted more than 4,000 representatives from over 130 countries, regions and non-governmental organizations over the past few years, said Xie Jinying, an official with the MCT.

This year's event will also include a capacity building program of UNESCO for personnel from more than 20 signatories of the 2003 Convention for the Safeguarding of the Intangible Cultural Heritage in the Asia-Pacific region, Xie said.