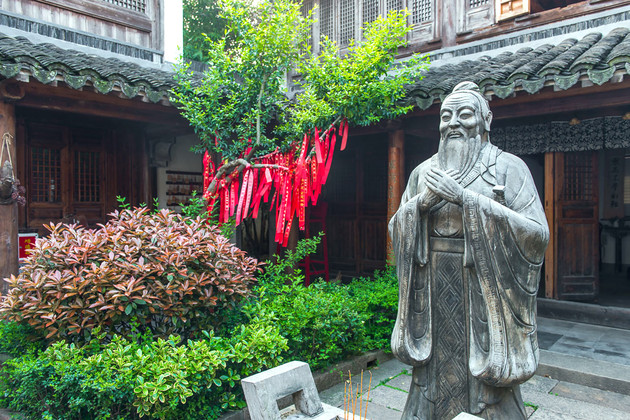 A museum dedicated to Confucius officially opened Friday in the city of Qufu, the birthplace of the Chinese philosopher, in east China's Shandong Province.

The museum, covering an area of 55,000 square meters, was put into trial operation on Nov. 26 last year.

More than 232,000 visitors have been received since its trial operation.

The museum currently has a collection of more than 700,000 cultural relics, including more than 300,000 files about the Confucius family and more than 40,000 classic books. The collection also includes more than 8,000 ancient costumes and a number of musical instruments used when paying tribute to Confucius.

Confucius, who lived between 551 B.C. and 479 B.C., was an educator and philosopher. He founded the school of Confucianism that has deeply influenced later Chinese generations.