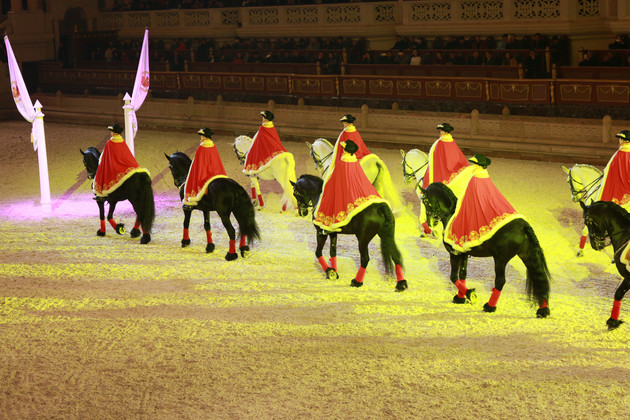 A city in northwest China's Xinjiang Uygur Autonomous Region introduced equestrian classes to its primary and middle schools as the new semester began this month.

The city of Altay in northern Xinjiang, which has a long history of horse breeding and riding, said equestrianism will be part of the physical education courses of its nearly 10,000 pupils so as to pass on Xinjiang's horse-riding tradition.

The snowy city near the China-Mongolia border last year began teaching skiing in its primary and middle schools as part of its campaign to let children "ski in winter and ride horses in summer."

Horsemanship has been viewed as a luxury hobby of the wealthy few in many parts of China, but in Altay, a city with a population of 170,000 and a sprawling animal husbandry sector, many locals grow up on horseback.

On Monday, about 50 pupils from the city's No. 1 Ranch Karagax Primary School became the first to attend the equestrian class at a local horse ranch.

"I grew up on a ranch so I know how to ride a horse," said Ma Tianxiang, one of the students who was amazed by the instructor's equestrian demonstration.

"I love the equestrian class, it helps me make a new horse friend," he said after its conclusion.