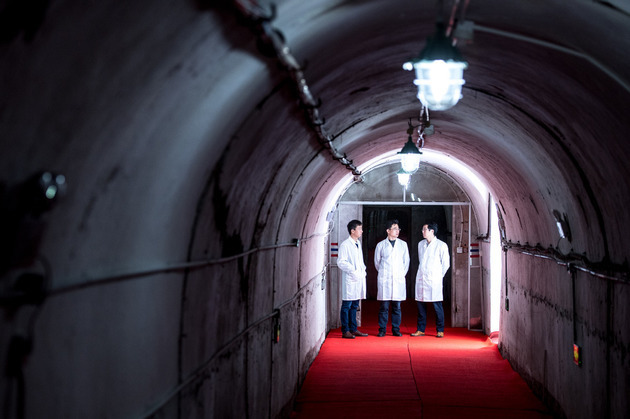 Tu Liangcheng and two other researchers discusses the project at Huazhong University of Science and Technology in Wuhan, Hubei province, March 27, 2019. (Photo/Xinhua)

It will consist of three satellites forming an equilateral triangle around Earth at an orbit of 100,000 kilometers.

Tianqin will work to detect gravitational waves, which scientists theorize are ripples in the fabric of space-time caused by violent cosmic events, such as colliding black holes, supernovas and even the birth of the universe.

"Once completed, Tianqin will become an important tool to search for and detect black holes of all sizes and wavelengths in the next two decades," Wu Qingwen, a professor at the School of Physics of Huazhong University of Science and Technology in Wuhan, Hubei province, said on Thursday.

On Wednesday, the Event Horizon Telescope, a global array of eight ground-based radio telescopes, revealed the first-ever image of a black hole.

Wu was one of the more than 200 astronomers worldwide involved in the EHT collaboration, which captured the first visible representation of what are considered the most extreme objects in the universe.

Besides the successful capture of the first black hole image, two earlier detections of gravitational waves from black hole mergers also were products of international collaboration.

Wu said Tianqin has potential for even greater discoveries.

"LIGO used interferometers on the ground with an arm length of 4 km. But with satellites, the arm length will increase to 170,000 km. So the space-based probes (enabled by Tianqin) will be able to detect gravitational waves at much lower frequencies generated by the merging of massive or supermassive black holes," he said.

"It will also enable us to see the smaller black holes during the infancy of the universe, as well as understand the history of black hole growth and the evolution of galaxies," he said. 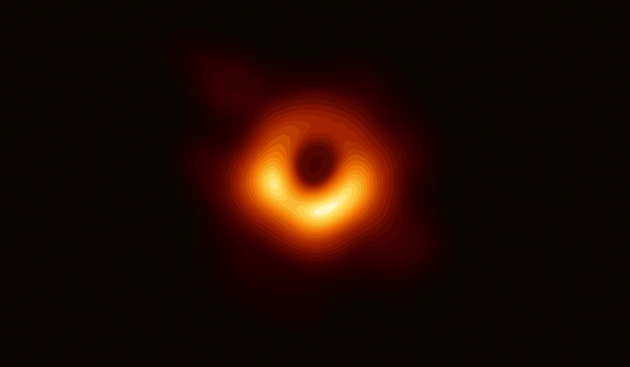 Tu Liangcheng, one of the leading scientists of the Tianqin project, said that the project has been going smoothly.

"So far nearly 200 Chinese scientists from more than 30 domestic research institutions and universities and about 30 researchers from at least eight other countries－including Russia, Italy, Germany and France－have participated in the project," said Tu, who is also director of the gravitation center at the Wuhan university.

Shen Zhiqiang, head of the Chinese Academy of Sciences' Shanghai Astronomical Observatory, and a member of the EHT team, said the success of the first black hole image has encouraged Chinese scientists to engage in more international collaboration and boost the country's ability in studying deep space.

Chinese scientists participated in Hawaii and Spain in the observations that yielded the black hole image. They were highly involved in follow-up data analysis and theoretical explanation throughout the two years that followed the five-day observations in April 2017.

Shanghai Astronomical Observatory, which leads the country in very-long-baseline interferometry, the technique the telescope array used for the black hole image, took the lead in organizing and coordinating Chinese researchers participation in the EHT observations and studies, Shen said. That allowed Shanghai to be one of the six cities worldwide involved in the simultaneous news conferences on Wednesday.

Yuan Yefei, a professor in the University of Science and Technology of China's astronomy department, also an EHT team member, said the Guizhou telescope did not take part mainly because its wavelength band was not what EHT needed for this observation.