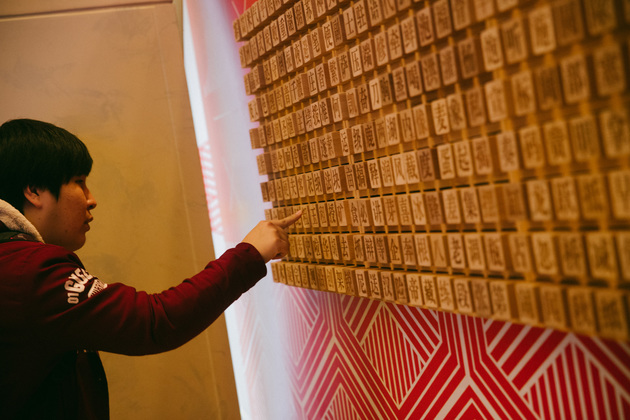 Hosted by Hanban and Sichuan Provincial People's Government and with a theme of "Facilitating the New Development Through Reform and Innovation, Forging a Brighter Future with Concerted Efforts", the two-day conference brought together more than 1,500 participants, including university presidents and Confucius Institute representatives from over 150 countries and regions.

NBD noticed to date, there have been 548 Confucius Institutes and 1,193 Confucius Classrooms in 154 countries and regions around the globe. A total of 47,000 full-time and part-time teachers from China and other countries offer courses for 1.86 million students with various academic backgrounds face to face, as well as 810,000 registered online students.

The Confucius Institute at the University of Nairobi is the first Confucius Institute in Africa, and the number of students studying Chinese there has increased by dozens of times. Even Raphael Tuju, Chairman of the Jubilee Party, the ruling political party of Kenya, has been enrolled in Chinese language courses, Mr. Mbeche said at the conference.

In the eyes of Mr. Novak, the Confucius Institutes build a bigger bridge than any words could actually tell. "The teachers come to America and teach the youth of America, but when they return to China, they teach the youth of China. So both countries have educated youth, hopefully in the future can work together in harmony," he told NBD.

When speaking of language learning, he stressed interest is the best teacher. When people have an interest, they will try to enroll in classes and learn Chinese, and arts is a bridge to learn language, he added.

"If you know about MTSU, you will know it is close to the home to country music, Nashville of Tennessee. At MTSU, we have a modern Confucius Institute, which is the center for Chinese music and culture. We've seen collaborations with local country musicians and top Chinese musicians. We build this arts bridge which helps introduce people in a very approachable way, and get them interested into learning a little more about China," Mr. Novak said.

This suggests the teaching of language or exchange of cultures shouldn't be done in a fixed manner. That's why the Confucius Institutes around the world have been seeking innovative ways in this respect.

For instance, the Confucius Institute at the University of Nairobi has launched an innovative program featuring a combination of Chinese language teaching and vocational technical training. This program is in line with the Belt and Road Initiative, making contributions to the successful operation of the Mombasa-Nairobi Standard Gauge Railway, said Mr. Mbeche.