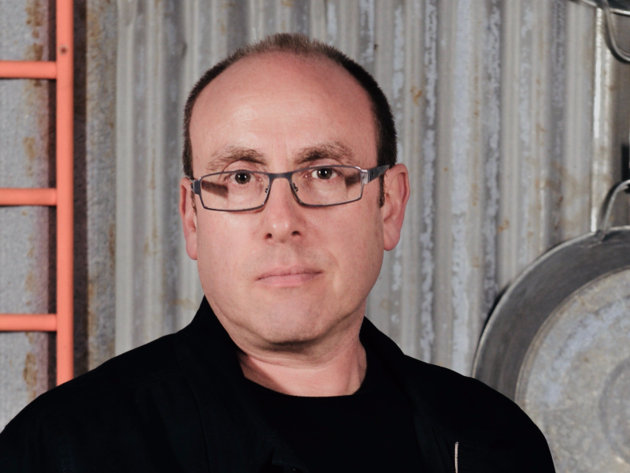 Nov. 6 (NBD) -- Co-hosted by the American Event Management Institute and Chinese financial news outlet National Business Daily, the 2018 Chengdu Global Events Summit - Cultural and Creative Industry & The Rise of World Cities will kick off next Tuesday, bringing together industry experts around the world to exchange ideas on culture development and urban evolution.

David Zolkwer, who has played a leading role in many major public events and ceremonies across the world, will be present at the meeting.

For grand events, technology is tool, performance is carrier, and the city or the nation's culture is the core.

When asked about how to efficiently identify the core of a specific culture, David Zolkwer told NBD the key is to experience authentic culture by closely working with local creative talents.

It is very often that the work he does is conducted overseas. The work in Athens on the ceremonies of the 2004 Olympic Games is just a case in point. "In Greece the creative team led by the extraordinarily talented director, Dimitris Papaioannou, was almost entirely of Greek origin and I was the only non-Greek member of the creative team," he recalled.

But "on every occasion that I have been working outside of his own cultural frame of reference, I have worked with local creatives in order to ensure that the cultural heart and soul of the experience we are creating is authentic in every way and to its core," he explained.

Bringing a meaningful cultural experience to the stage was a process taken very seriously. There was a passionate commitment to authenticity of cultural expression. Every single creative detail of the ceremony was measured against strict aesthetic criteria defined over millennia. So, the "soul of Greek culture" that was brought to the stage in Athens was the realization of a vision born from the sincere minds of deep thinking, well informed and extraordinarily talented artisans (and indeed the extended Ceremonies team) – all steeped in their own culture, all committed to representing their country with authenticity, integrity and pride.

How to create resonance is a headache for many public events directors, and David Zolkwer is no exception. To him, resonance is the ultimate goal of his work and everything else is a means to that end.

When outlining the protocol for ceremonies in their charters, organizing bodies often refer to a portion of the ceremony being allocated to a 'Cultural Display'.

Sharing customs, traditions, rituals and all the other expressions of life that create a sense of distinction, pride and belonging for a community or society can be immensely rewarding for a local or domestic audience, he said.

He added, "The 'shock and awe' of expressions of culture and identity that have become the norm of late can be taken as a suggestion that 'we' are somehow different, even better than others."

"Increasingly I search for ways to create resonance by including audiences in the narrative – the story - by using these relatively rare moments when massive international audiences are convened to explore and celebrate what we have in common – the shared human experience – rather than what sets us apart," he said excitedly.

Will audiences understand what they are seeing and hearing? Will the experience engage, entertain and move audiences – playing to both hearts and minds? Will it reveal something authentic and relevant about a place and its people? These are all his concerns.

David Zolkwer likes the mode of storytelling. Through the lens of a particular people, time and place – a distinct culture, he hopes the stories he seeks to tell are universal, unifying and connecting. They resonate, he said.