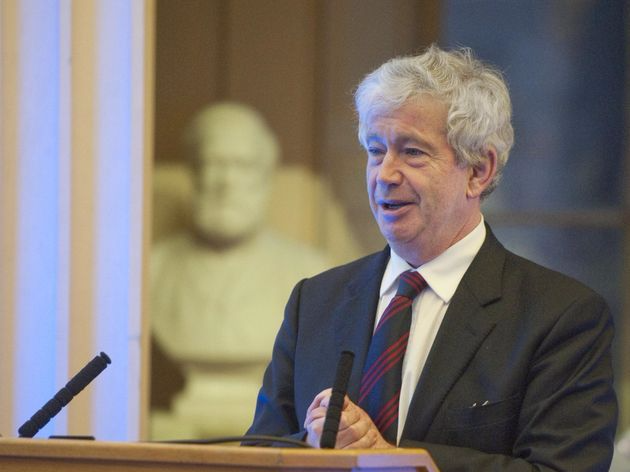 Nov. 6 (NBD) -- "It is important to let the young artists experiment," Sir Timothy Michael Martin O'Shea, Chair of the Board of Directors of the Edinburgh Festival Fringe Society, said to NBD when talking about the key to the creation of a world-renowned arts festival.

The Edinburgh Festival Fringe (the Fringe) is the world's largest arts festival, which in 2017 spanned 25 days and saw 53,232 performances of 3,398 shows in 300 venues to mark its 70th anniversary.

The 2018 Chengdu Global Events Summit will be held next Tuesday in Chengdu, provincial capital of southwestern China's Sichuan Province. Co-hosted by NBD and American Event Management Institute, the Summit will bring together masters of cultural creativity industries from home and abroad to spark more creative ideas, shedding light on new perspectives for the improvement of a city's industrial competitiveness and cultural strength.

Sir O'Shea will share his expertise and rich experience accumulated over the past years at the event.

City should be inclusive

It is the inclusive nature that makes the Fringe the world's largest arts festival, said Sir O'Shea.

Established in 1947 as an alternative to the Edinburgh International Festival, the Fringe started life with only eight companies performing in five venues. It now has many prizes to acknowledge different types of artistic success. "Performers know the world's arts media will be in Edinburgh to discover them. Edinburgh avoids formal ceremonies. It has vibrant free performances in public spaces in the city," he commented.

When asked about how to enable more people to understand the soul of a city culture, Sir O'Shea told NBD it is important to "support it without trying to control it, just like a benevolent parent." Also, "ensuring that there is excellent media coverage" is of great significance.

The southwestern city of Chengdu has a lot of common grounds with Edinburgh. Called the "Athens of the North," Edinburgh, with a literary heritage spanning centuries, became the world's first UNESCO City of Literature in 2004. Chengdu, famous for its delicious food worldwide, joined the UNESCO Creative Cities Network in 2010, becoming the second UNESCO City of Gastronomy.

When talking about the successful experience that Chengdu could learn from the Fringe, Sir O'Shea said to NBD, "It is vital that the young artists be given the chance to try out their ideas."

According to the UK government, the creative industries grew twice as fast as the UK economy as a whole in 2017. They are expected to continue to outperform the rest of the UK economy. Their exports will increase by 50 percent by 2023. They will be worth 150 billion pounds (190.6 billion U.S. dollars), creating 600,000 new jobs.

Speaking of the reasons behind the remarkable achievements of the UK's creative industries, Sir O'Shea noted, "It is important to focus on high quality innovative arts. It is necessary to hold back from looking for economic return and to encourage young people to experiment. The universities and the arts academies have been key to development in the UK."

It is noticeable that different cities show unique characteristics in cultural creativity development. The uniqueness depends in part on universities and arts institutes, Sir O'Shea told NBD. "To exploit the uniqueness, you must offer financial and practical support directly to the cultural institutions," he stated.

Born in Hamburg of Germany, Sir O'Shea worked at a number of institutions of higher learning.

He was elected Chair of the Board of Directors of the Fringe Society in 2012 and reappointed for a second four-year term as the Society's Chair in 2016.