Shanghai gets into the gigabit groove 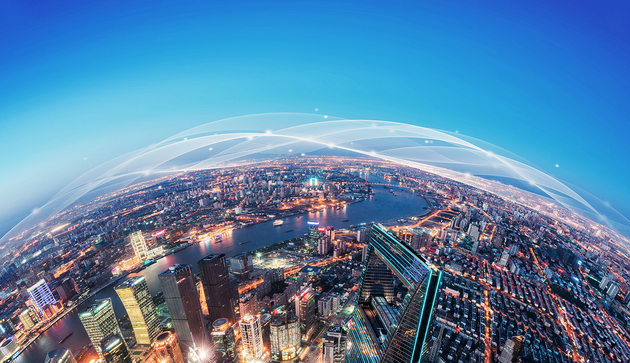 It announced on Wednesday that it had completed the first commercial fiber to the home (FTTH) network based on 10G PON across the entire city.

This means that China Telecom has deployed faster broadband speeds for residential buildings of up to 10 gigabit per second, while fiber users can have the option of up to 1 Gbps service for download.

"Life in Shanghai has become easier thanks to higher internet speed, smarter infrastructure and better accessibility to the world (through technologies)."

The so-called gigabit connection is typically delivered over fiber optic lines and provides speeds of 1,000 Mbps, which is also referred to as "1 Gbps" or "Gigabit" internet.

"A gigabit connection means our customers have the bandwidth needed to be as connected, entertained and immersed as they could possibly want," said Chen Zhihong, the company's vice-general manager.

Much faster than today's average broadband connection, the gigabit connection can power a variety of services that meet the needs for bandwidth-hungry users, including multi-channel 4K video, smart home, online gaming and video streaming at the same time, among others, he noted.

The company said the new infrastructure also provides room for emerging automation-based and 5G services that the carrier is expecting to reach the market in the coming years.

Before rolling out the service city-wide, the carrier unveiled two subscription plans priced from 299 yuan (43.0 U.S. dollars) per month including broadband, mobile and IPTV services. Existing users of the plans can choose to upgrade to the service for free.

Beijing introduced the "Broadband China" strategy in 2013 which aims to speed up the network, lower service fees and drive the proliferation of internet usage.

Massive infrastructure input has paid dividends. By the end of September, 88 percent of Chinese broadband users were on fiber optic connections, according to figures released by the Ministry of Industry and Information Technology.

The current development will also put Shanghai on a par with Singapore and Qatar as the most prominent economies to have the highest fiber penetration rate which can drive gigabit broadband, according to U.S.-based consultancy Arthur D Little.

"While people may not make use of all that performance (the high speed), they will be ready to adapt in the future after upgrading their equipment," said Xu Heyuan, deputy chief engineer of China Academy of Information and Communications Technology.