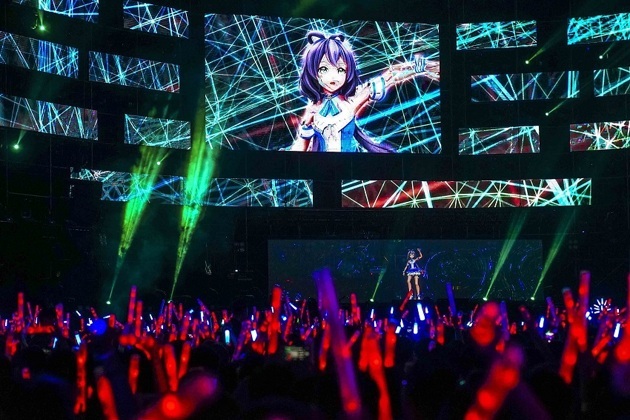 Mar. 19 (NBD) - As Chinese ACG platform Bilibili files for U.S. IPO, virtual idols started to come into focus again. The market is reportedly to reach hundreds of billions of dollars, which has drawn investors such as internet giant Tencent, Alpha Group and Qiming Venture Partners.

However, those companies have adopted varied strategies. For example, Tencent is making its own virtual idol Tushan Susu, a female protagonist of Tencent-backed animation Fox Spirit Matchmaker. As for Qiming Venture Partners, the company directly invested Luo Tianyi, a popular Chinese virtual idol.

Stella Zhou Lingfei, executive director of Qiming Venture Partners, told NBD that her company focuses more on core IPs of specific segments. Luo Tianyi, a representative virtual idol, has intrinsic growth potential. While behind her, there is a large family.

The logic behind is that investing virtual idols equals investing in their fans, Zhou confessed. She is bullish on ACG market and also the market for the post-1990 and post-2000 generations who are willing to pay for and are gradually able to pay for such video and literary contents.

Tencent is confident in investment returns

The character is chosen from a Tencent-backed animation titled Fox Spirit Matchmaker which is the most viewed China-made animation on Bilibili and has a solid fan base.

Developing virtual idols relating to characters in Fox Spirit Matchmaker is still at the initial stage, Xu noted, adding that the company is making an all-round image-building plan to promote more than one virtual idols.

Xu pointed out that a virtual idol should have his/her songs and dances as a real person. Tencent AC unit has no problem in investments, but the key to success lies in providing best products and experience for users. The company has a clear profit model and is confident in investment returns on virtual idols. It usually takes at least 3 to 5 years to incubate an IP. But once it takes shape, the idol will deliver handsome returns, Xu added.