Nov. 14 (NBD) -- The news conference of the International Education Week was hosted on Tuesday in the U.S. Consulate General in Chengdu. When addressing the news conference, Jim Mullinax, the Consul General of the U.S. Consulate General in Chengdu, commented that studying abroad can help a person understand the culture and the education system of other countries and it offers a chance to challenge oneself.

Mr. Mullinax, who once had the experience of studying in Sichuan Normal University in southwest China, said that educational exchanges can deepen the understanding between people of China and the U.S.. The 2017 Open Doors Report on International Educational Exchange, which was unveiled later at the news conference, is an important tool to know the movement of international students, he noted. 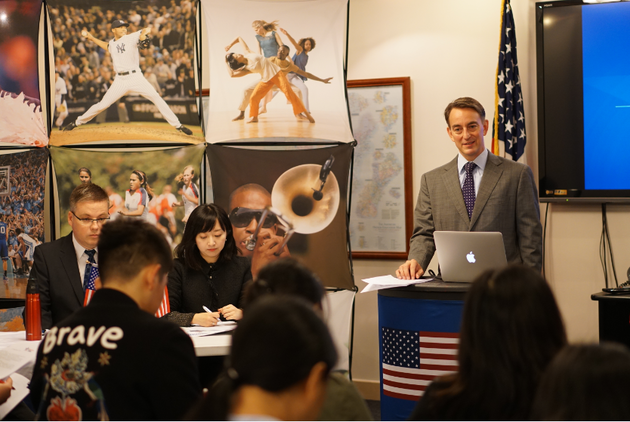 China remains the top source market for the U.S. education

According to the Open Doors Report, released by the Institution of International Education, the number of Chinese students enrolled in the U.S. institutions of higher education in academic year 2016/2017 grew to 350,755, a 6.8 percent increase over 2016. China ranks first among all countries in sending students to the U.S. for the eighth year in a row, with Chinese students representing 32.5 percent of all international students.

Talking about the trend that Chinese undergraduates studying in the U.S. outnumber graduate students, Keith Lommel, Public Affairs Officer of the U.S. Consulate General in Chengdu, said that it indicates the improving financial situations of Chinese families and their high evaluation towards American education.

NBD notices in the report that new international student enrollment - students enrolling for the first time at a U.S. institution in fall 2016 - decreased by 3.3 percent over the previous year. When asked about the reason, Keith Lommel said to NBD that the pace of growth has slowed because of the large base but the absolute number remains high and is still growing.

According to data released by the U.S. Department of Commerce, last year Chinese students in the U.S. college and universities contributed 12.55 billion U.S. dollars to the U.S. economy. As more countries are competing for international students, it's important for U.S. institutions to set strategic goals and take measures to reach out to students and families. EducationUSA, a network supported by the U.S. Department of State's Bureau of Educational and Cultural Affairs, serves such purpose. 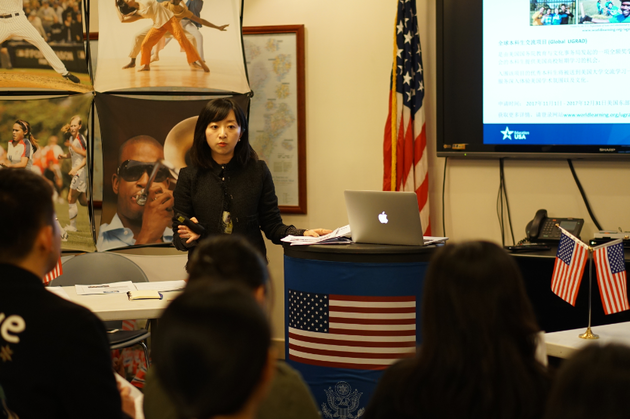 At the news conference, EducationUSA Adviser Zhao Minting introduced that the EducationUSA Academy program is initiated to offer the information about applying to the U.S. higher education institutions and the opportunity for internationl high school students to experience U.S. campus life.

In addition, a fully-funded scholarship, the Global Undergraduate Exchange Program, allows Chinese students who are less resourceful to study in the U.S., Zhao said.

U.S. students are encouraged to pursue education in China

As students of other countries are pursuing study in the U.S., U.S. students also seek education outside the U.S., which forges a two-way exchange.

Lommel acknowledged the decline and he further elaborated the efforts that the U.S. has done to encourage more U.S. students to China, which he thought is very important for the relationship between China and the U.S..

He hopes that more Americans can come to China to learn Chinese language, society and culture. With regard to language, Lommel introduced to NBD the 1 Million Strong initiative, which is the second presidential initiative led by the US-China Strong Foundation.

Lommel said that the initiative seeks to expand the number of U.S. K-12 students learning mandarin to 1 million by 2020, and he hopes those who has studied mandarin in primary or middle schools will choose to attend universities in China.

Other than 1 Million Strong initiative, scholarships are provided for American students to study abroad and to enhance the exchanges between the U.S. and other countries, said Lommel.

Lommel explained further to NBD what the Fulbright Program is about. He said, "There are Fulbright programs, basically, for graduate students or undergraduates to come to China and do some research." He added that the Fulbright also has program for scholars and professors to come to China to teach about the U.S. and such scholarships are provided for Chinese PHD students to go to the U.S. to study subjects like American law, American society as well as for Chinese professors to go to the U.S. to teach there. It's a two-way program, he noted.

Lommel believes that international education exchanges allow young people of different countries to communicate and find the solutions to problems.